Turn it around, Turnbull 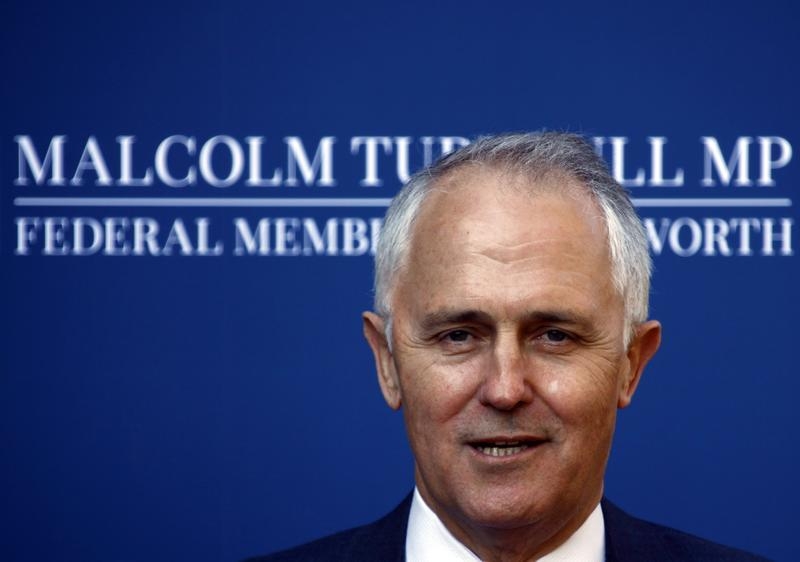 Australia’s new prime minister has inherited a bust, a boom and a problem. Surging real estate partly offsets a slump in mining. But Malcolm Turnbull still confronts the vexing challenge of fading economic growth, which depresses everything from wages to profits. Embracing higher public deficits may be the only remedy, even though that’s hard for a conservative politician.

Sputtering Chinese demand for iron ore has seen mining investment in Australia crash by almost 2.5 percentage points of GDP over three years. However, housing has compensated for about two-fifths of this drop. Investment in construction and alteration of residential property has soared as cheap credit and foreign buying have pushed home prices in Sydney and Melbourne into bubble territory.

And yet, the broader economy looks sickly, at least by the standards of a country that hasn’t known a recession since the early 1990s. Disposable incomes are rising excruciatingly slowly. Growth in nominal GDP – the current value of all goods and services produced in the country – is plunging.

Part of the blame lies with an anaemic global economy. But outgoing Prime Minister Tony Abbott’s misguided austerity drive has also played a role. Abbott had an opportunity to boost public spending significantly to cushion the economy against a waning mining boom.

Instead, he tried to ward off an imaginary fiscal apocalypse, even though Australia’s net government debt is just 15 percent of GDP. The annual interest bill amounts to 0.7 percent of GDP, less than half what it cost Prime Minister Bob Hawke to service government liabilities in the 1980s.

Trying too hard to contain deficits usually makes the problem worse in a slowing economy. And that’s precisely what has happened in Australia. Turnbull, the country’s fourth PM in two years, has promised an end to spin and slogans. He can start with an honest critique of spending policy. If the government’s fiscal firepower is not deployed to aid growth, Australia might find itself in a bigger funk than the mining bust or the unsustainable housing boom.

The ASX All Ordinaries Index, Australia’s equity benchmark, fell 1 percent on the morning of Sept. 15, after Malcolm Turnbull won a leadership vote among Liberal Party members of parliament and replaced Tony Abbott as prime minister of Australia. The Aussie dollar weakened to 0.7126 against the U.S. dollar, compared with its previous close of 0.7135.

Malcolm Turnbull, former Liberal Party leader and the communications spokesman for the Liberal-led coalition, smiles as he answers questions during a news conference in Sydney September 3, 2013. A popular millionaire technology entrepreneur, Turnbull is behind the Australian opposition's flagship revised plan for a national high-speed internet service, and is himself a not-so-secret weapon for this Saturday's federal election being well-liked by both business and the public. More left-leaning than his successor as party leader, Tony Abbott, Turnbull is consistently chosen in opinion polls as the country's preferred leader over his right-wing boss, with his appeal extending to swing voters. Picture taken September 3, 2013. REUTERS/David Gray

The ASX All Ordinaries Index, Australia’s equity benchmark, fell 1 percent on the morning of Sept. 15, after Malcolm Turnbull won a leadership vote among Liberal Party members of parliament and replaced Tony Abbott as prime minister of Australia. The Aussie dollar weakened to 0.7126 against the U.S. dollar, compared with its previous close of 0.7135.