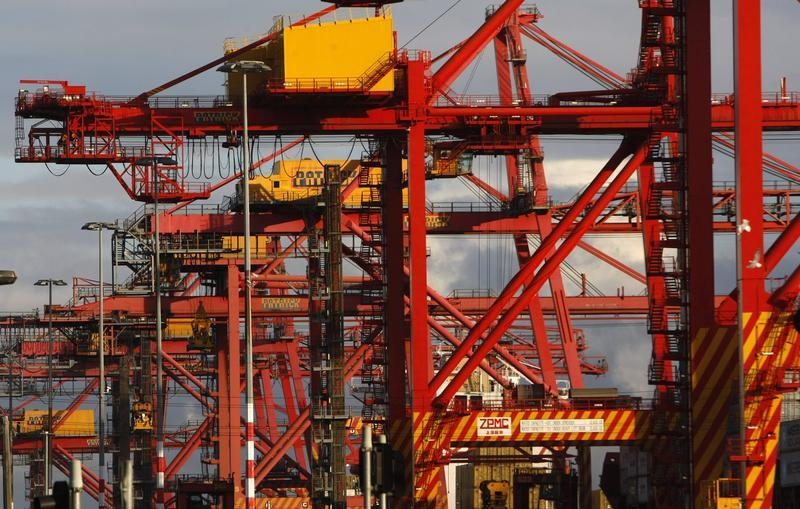 Asciano could demand more. The Australian ports and rail group is now fielding competing, A$9 billion ($6.4 billion) takeover proposals from Canadian investor Brookfield and a break-up consortium led by local interloper Qube. Previous bouts of aggressive stake-building by both sides, which have each snatched nearly a fifth of the company, highlights the target’s attractiveness. So Asciano’s board, which has already blessed Brookfield’s bid, may demand a clearer gulf in value before hitching itself to Qube’s wagon.

Qube and partners Global Infrastructure Partners and Canada Pension Plan Investment Board are ready to pay A$9.25 a share for Asciano, based on closing prices on Nov. 9. The gatecrasher says this compares to a Brookfield offer of about A$9.10, based on average prices for the latter’s securities, which have fluctuated. Both sides are offering similar proportions of cash and stock, with about three-quarters of the consideration in cash.

Qube reckons its shares are more attractive than the securities Brookfield is offering, which it says are riskier and less liquid. The company led by chairman Chris Corrigan also says its consortium poses less antitrust risk than a Brookfield tie-up, which Australia’s watchdog worries could produce “substantial lessening” of competition in rail haulage in two states. There’s some merit to both claims. Then again, Asciano’s board was clearly comfortable with Brookfield stock, and cannot assume the antitrust problems are insurmountable.

The biggest argument against the Qube group’s bid, however, is that even by the suitor’s own calculations it is worth only AS0.15 a share, or 1.6 percent, more than Brookfield would pay. As an outsider trying to disrupt an agreed deal, Qube is also insisting on a quick run-through of the Asciano books – “confirmatory due diligence” – before making a binding offer. Given the competitive tension, Asciano’s directors could signal that the price of that access is a marked improvement in value.

Australian port and rail firm Asciano said on Nov. 10 it had received a takeover proposal from a consortium led by Qube, challenging a rival offer from Brookfield Infrastructure Partners, a listed unit of Canada’s Brookfield Asset Management.

The cash-and-share proposal from Qube, along with partners Global Infrastructure Partners and Canada Pension Plan Investment Board, implies a value of A$9.25 per Asciano share, a 5.9 percent premium to Nov. 9’s close, valuing the target at A$9.02 billion ($6.35 billion).

Asciano said its board was considering the proposal. It also said it would continue to unanimously recommend Brookfield’s A$9.22 a share cash-and-scrip bid formally announced on Monday “in the absence of any superior proposal capable of acceptance.”

Qube already owns one-fifth of Asciano shares after late night raid last month and has vowed to oppose the Brookfield takeover. Brookfield responded by buying its own near-20 percent stake last week.