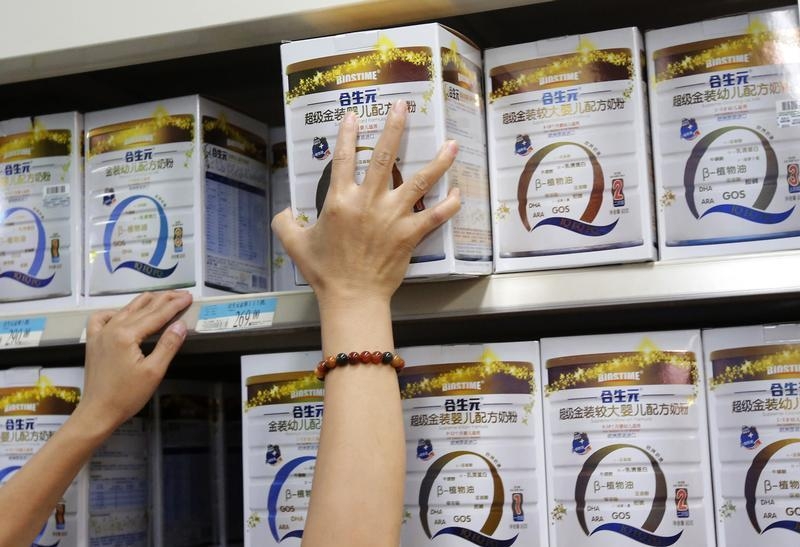 Move over iron ore, it’s Wild Neptune Krill Oil’s turn in Australia’s export limelight. The $1 billion sale of Swisse, maker of the antioxidant and other health supplements, caps a stunning run for the country’s wellbeing business. Even as the far bigger mining industry reels, the deal underscores how demand from the Middle Kingdom can transform a sector’s fortunes for the better.

There was one way to quadruple your money in stocks Down Under this year: bet on China’s growing taste for clean living. Bellamy’s, a purveyor of organic baby food, and Blackmores, a direct rival to the privately held Swisse, are the country’s best-performing shares, up 360 percent and 275 percent respectively. Another vitamin firm, Vitaco, is up 21 percent after its initial public offering this week.

That’s because mainland consumers are rapidly developing a taste for vitamins and fancier products like Swisse’s Ultiboost Liver Detox, just the remedy for the morning after a night on the baijiu. Australia’s excellent reputation for food safety, and weak currency, boost its products’ allure for Chinese buyers.

Now Biostime, a Guangzhou-based infant formula firm, is paying A$1.39 billion ($1 billion) for 83 percent of Swisse. That’s bold, given the buyer’s own market value is just $1.1 billion or so, and its stock has tumbled 75 percent in the last two years. Still, investors perked up: Biostime’s stock leapt 27 percent.

An enterprise value of A$1.67 billion works out at 14.8 times EBITDA in the year to June, or 5.3 times sales. That sounds rich. Still, Blackmores trades at 4.5 times trailing sales and 27 times EBITDA, according to Starmine. And Goldman Sachs analysts expect its EBITDA to grow by 18.5 percent a year through mid-2018. If Swisse can follow a similar growth trajectory, helped by brand ambassador Nicole Kidman, this could prove a healthy deal for Biostime and for Australian exports.

A store assistant arranges Biostime's milk powder products on a shelf at a supermarket in Beijing August 7, 2013. REUTERS/Kim Kyung-Hoon