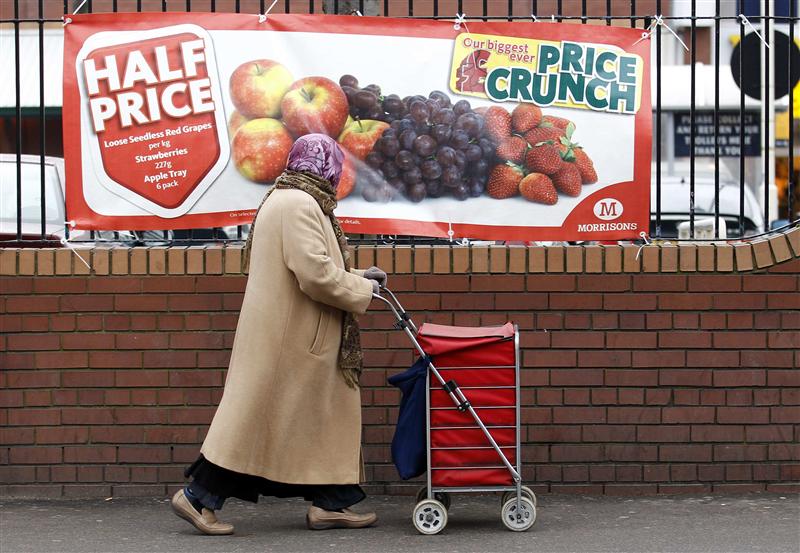 British GDP has almost returned to its level of six years ago. Post-crash austerity isn’t really to blame for the slow catchup: largesse and boom created an unnatural peak. Recovery now is much better than expected. But monetary stimulus excesses are the new worry.

A woman walks past a shop advertisement in south London

UK economic output rose by 0.8 percent in the third quarter compared to the second quarter, according to the national statistics office, and was 1.5 percent higher than in the third quarter of 2012. In the second quarter the economy had grown by 0.7 percent. The Office for National Statistics said there had been a “fairly strong” performance across all sectors. The level of GDP remained 2.5 percent below its peak in the first quarter of 2008.
The UK is set to grow faster than any other Western economy in the fourth quarter of 2013, according to a report by accountants Grant Thornton. Its monitor of business confidence, conducted with the industry body ICAEW, suggests UK economic growth will rise to 1.3 percent in the fourth quarter of 2014.