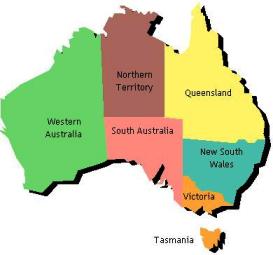 Investors love the low official debt, high yields and strong exports to China. A Fitch upgrade makes Australia one of 14 nations with top marks from all three rating agencies. But there’s kryptonite: indebted households and reliance on foreign investors and high commodity prices.

Fitch Ratings on Nov. 28 upgraded Australia’s long-term foreign currency rating to AAA from AA+. It joins Austria, Canada, Denmark, Finland, France, Germany, Luxembourg, Netherlands, Norway, Singapore, Sweden, Switzerland and the United Kingdom as the only countries that have the top sovereign credit rating from Standard & Poor’s, Moody’s and Fitch.
Australia’s government said on Nov. 29 that it aimed to restore its budget surplus by June 2013 despite slowing global growth, in part by cutting A$6.8 billion ($6.7 billion) in spending to offset declining revenue. Treasurer Wayne Swan, delivering the government’s mid-year review, predicted that the government’s deficit for the year ending June 30 would widen to A$37.1 billion from its forecast six months ago of a A$22.6 billion deficit.
Commonwealth Bank of Australia and National Australia Bank delayed plans to sell up to A$1.5 billion in covered bonds as the European debt crisis raised funding costs, banking sources told Reuters on Nov. 22. Commonwealth Bank had planned to issue a five-year, Euro-denominated bond this month. National Australia Bank was planning a similar bond in U.S. dollars.
The spread between yields on Australian bank bonds and those on Australian corporate bonds climbed to a record high Nov. 25, according to data from Bank of America Merrill Lynch.