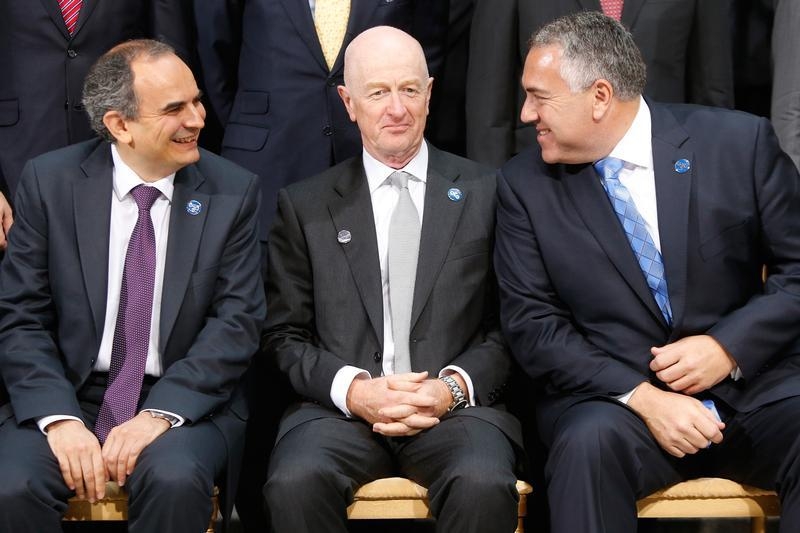 The Reserve Bank of Australia on Feb. 3 lowered the official cash rate by a quarter of a percentage point to 2.25 percent. The move was not at all anticipated by futures markets just 10 days ago, but was mostly priced in by the time Governor Glenn Stevens announced the decision. Even so, the Australian dollar slid almost 2 percent against the U.S. dollar.

After India and Singapore, it’s the third time a central bank has eased monetary policy in Asia-Pacific in less than a month. Stevens’ remark that the Australian economy is “likely to be operating with a degree of spare capacity for some time yet” leaves the door open to further reductions.

While a more competitive exchange rate and lower interest rates are  undoubtedly appropriate for a resources producer like Australia, which is feeling the pinch from falling commodity prices and slowing Chinese demand, even importers of energy and minerals in the region risk falling behind the curve by delaying rate cuts.

The global deflationary pandemic has reached Asian shores. From Sydney to Seoul, the combination of declining real GDP growth and rising real, or inflation-adjusted, interest rates has become a major headache. Indeed, average growth in the region is now trailing average real borrowing costs. For investors, Asia’s relative appeal is fading rapidly when compared with an improving U.S. economy.

Asian policymakers outside Japan have plenty of monetary medicine saved for a day like this. It’s time to administer it. While it’s possible that the region will recover some of its lost vigour as U.S. consumers feel more comfortable about spending on imported goods, it’s quite likely that anaemic demand from China and Europe will more than cancel out the boost.

Lower rates could have the side effect of further stoking burning-hot property markets, as in some Australian cities. So the authorities need Singapore-type macroprudential regulations on borrowers and lenders to cool things down. Revival of investment and output is the biggest priority for Asian central banks this year, and urgent rate cuts their best bet.

The Reserve Bank of Australia cut its 2.5 percent official cash rate by a quarter percentage point on Feb. 3. “The economy is likely to be operating with a degree of spare capacity for some time yet,” RBA Governor Glenn Stevens said in a press release.

Futures market prices suggested a 22 percent probability of a rate cut as recently as Jan. 21.  The probability of the rate being reduced rose to 63 percent on Feb. 2.

The Monetary Authority of Singapore, which uses the local currency’s exchange rate to guide financial conditions in the city-state, unexpectedly eased monetary policy on Jan. 28, ahead of its scheduled review in April.

India reduced its benchmark repo, or repurchase, rate by a quarter percentage point to 7.75 percent in an unscheduled move on Jan. 15.