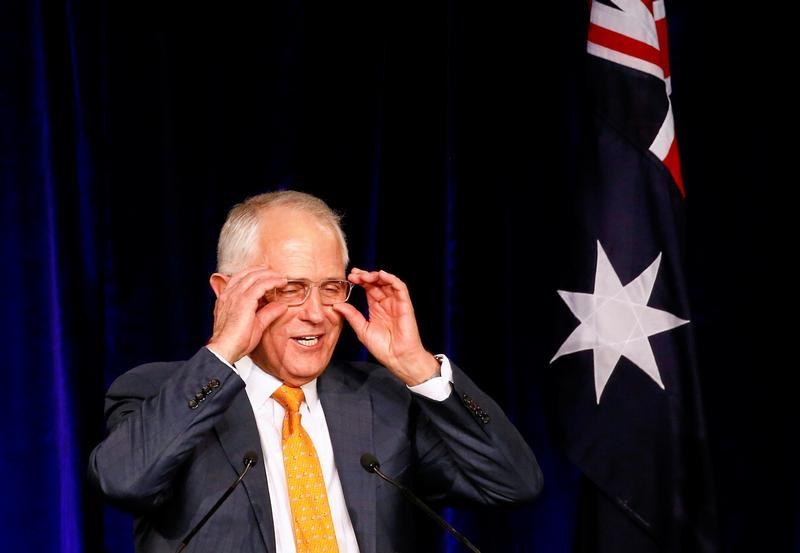 National elections have failed to give Prime Minister Malcolm Turnbull the decisive support he sought. Fragmented politics make reining in the budget deficit and broadening the tax base even harder. Still, solid economic growth means Australia can weather a bit of uncertainty.

Australian Prime Minister Malcolm Turnbull reacts as he speaks during an official function for the Liberal Party during the Australian general election in Sydney, Australia, July 3, 2016. REUTERS/David Gray - RTX2JDLF

Australia's federal election on July 2 had produced an inconclusive result as counting resumed on the morning of July 4.

The country's electoral commission's projections showed the ruling coalition led by Prime Minister Malcolm Turnbull leading in 67 seats in the 150-seat lower house of parliament against 71 for the opposition Labour party. Either side needs 76 seats to form a majority government, which could leave minor parties or independent candidates holding the balance of power.

Some analysts have warned that the instability and a lack of progress towards reining in government spending might hurt the country's triple A rating, Reuters reported.

By early afternoon in Sydney the Australian dollar was broadly flat against the U.S. dollar at $0.75.