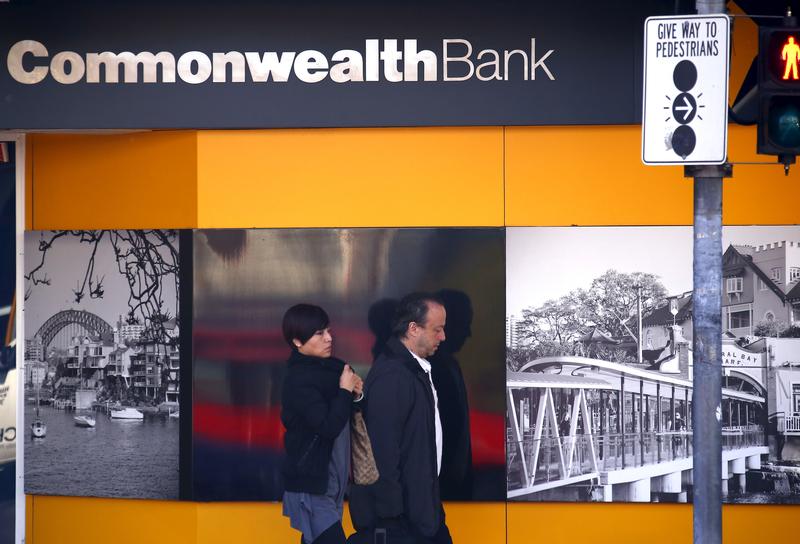 The country’s top lender picked retail head Matt Comyn as chief, despite a money-laundering scandal in his unit. Investors seem sanguine and CBA’s board argues the bank would be hard for an outsider to master quickly. Even so, the lack of accountability is disappointing.

People walk out of a Commonwealth Bank of Australia branch in Sydney, Australia, August 12, 2015. Commonwealth Bank of Australia, the country's No 2 lender by assets, on Monday said it raised A$2.1 billion ($1.55 billion) from institutional investors at A$78 a share, 9 percent higher than the offer price. The response to CBA's fund raising is in sharp contrast to a A$3 billion share offering by rival ANZ Banking Group, which saw its shares slump amid concerns about slowing growth after earnings came in softer-than-expected. Picture taken August 12, 2015. REUTERS/David Gray - GF10000174520

Commonwealth Bank of Australia on Jan. 29 named Matt Comyn as its new chief executive. Comyn, 42, has been with Australia's largest bank since 1999 and has been head of retail banking since August 2012. His appointment takes effect on April 9.

CBA is fighting the lawsuit. It says it did submit some reports on large money transfers late, blaming systems errors, and fell short on assessing risks related to so-called “intelligent deposit machines”. But it denies other allegations and says it has tightened up its framework for monitoring and reporting suspicious transactions.

Outgoing CEO Ian Narev said last year that he would retire by June. CBA said then that his departure had nothing to do with the Austrac charges.