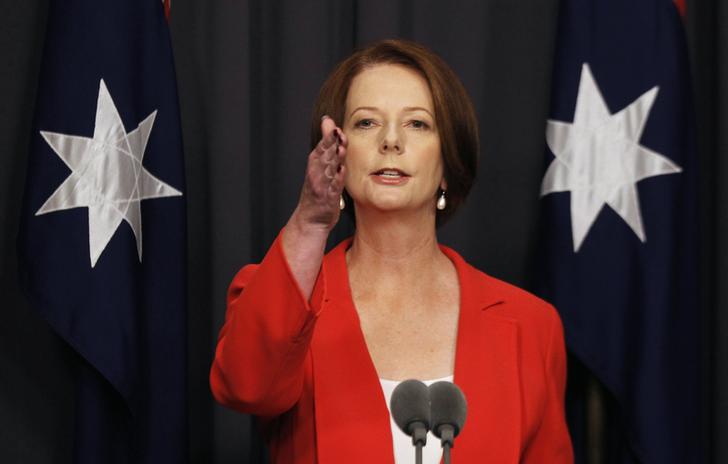 PM Julia Gillard has been ditched as head of the ruling Labor Party in favour of her predecessor, Kevin Rudd. The brutal switch might make Australia’s impending election a closer contest. But the country’s economic future still depends more on events in China than Canberra.

Australian Prime Minister Julia Gillard was ousted as head of the ruling Labor Party on June 26 after losing a dramatic leadership contest to her predecessor, Kevin Rudd.
The vote of Labor party lawmakers, which Rudd won by 57 votes to 45, follows months of speculation about the position of Gillard, who has languished in opinion polls. A general election is due to be held in September.
Rudd’s return comes almost three years to the day after he was dumped in favour of Gillard, Australia’s first female leader. In March, after considering a previous challenge, Rudd declared that there were “no circumstances” under which he would return to the party’s leadership.
He said his decision to challenge Gillard was triggered by fears of the policies the opposition Liberal Party could introduce if it won the election with a large majority.
“The truth is if we are all being perfectly honest about it right now is that we are on course for a catastrophic defeat, unless there is change”, he said.
Gillard said before the contest that she would give up her parliamentary seat if she lost.