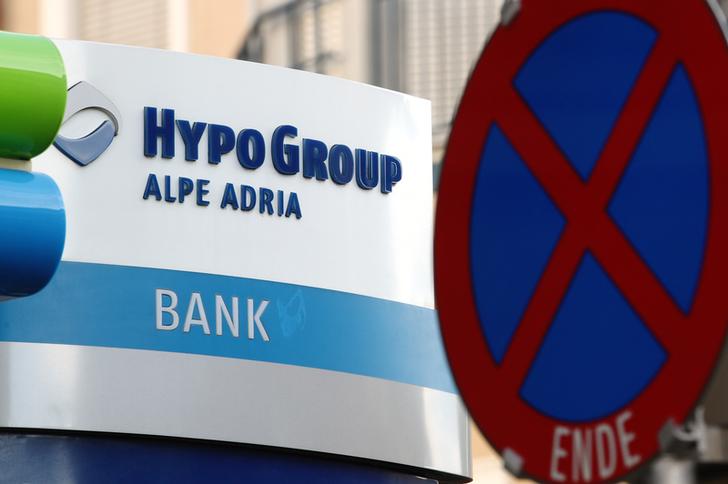 Vienna is mulling letting Hypo Alpe Adria fail after a 4.8 bln euro bailout. Bondholders should be bailed in, but most are covered by a guarantee from the local state. Haircutting them would be politically messy and a headache for Austria’s other state-supported mortgage banks.

The logo of nationalised Hypo Alpe Adria is pictured at a former branch office of the bank in Klagenfurt February 12, 2014.

Austrian central bank Governor Ewald Nowotny told Der Standard newspaper on Feb. 24 that bondholders in nationalised lender Hypo Alpe Adria would be paid off immediately if the bank goes bust. Nowotny said the state of Carinthia, where HAA is based, would need to pick up the cost of its failure.

Nowotny contradicted earlier comments by Austrian Finance Minister Michael Spindelegger on Feb. 21 that bondholders may be asked to share the costs of HAA’s resolution.

He added that the Austrian government was yet to open negotiations with former HAA owner Bayern LB, which is fighting to get back 2.3 billion euros in funds frozen at the bank.

A task force set up to rule on HAA’s future is due to report to the government on March 3. Nowotny was appointed as head of the task force on Feb. 21 to replace Klaus Liebscher. Liebscher at the same time stepped down as head of HAA’s supervisory board.