9 May 2016 By Dominic Elliott, Olaf Storbeck 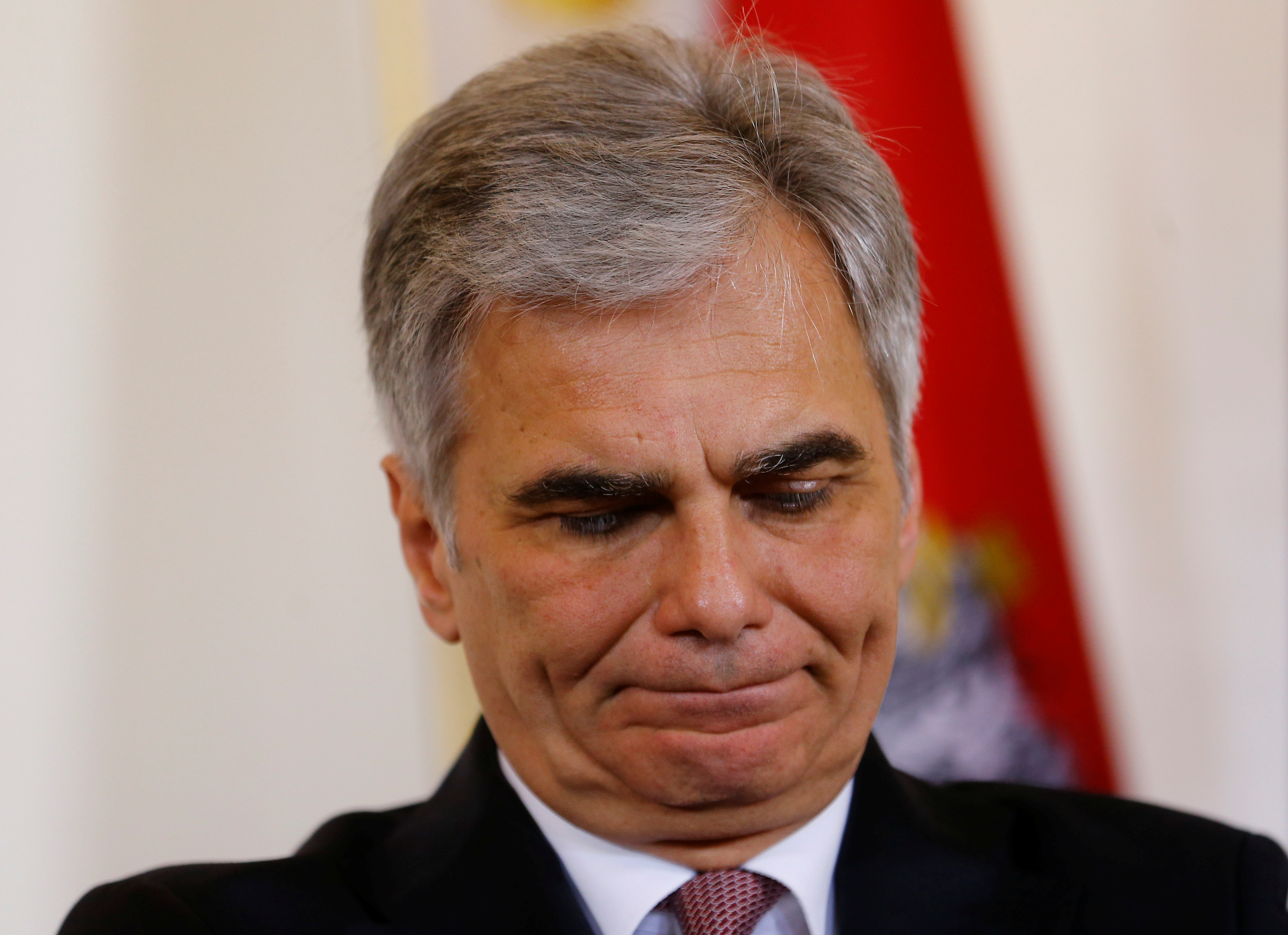 Chancellor Werner Faymann has quit amid populist gains and shrinking regard for his grand centrist coalition. Yet the spread of Austrian debt over German bunds narrowed. The migrant crisis may push Vienna further right. If Poland and Hungary are guides, business could suffer.

Austria's Chancellor Werner Faymann listens during a news conference in Vienna, Austria, May 3, 2016.

Austrian Chancellor Werner Faymann on May 9 stepped down as leader of the centrist coalition government and as head of his Social Democratic Party (SPO).

The SPO, which rules neutral Austria in a coalition with the centre-right People’s Party (OVP), suffered a major defeat last month in first-round voting for the next president when its candidate won just 11.3 percent of the votes, while the OVP candidate received 11.1 percent.

The candidate for the far-right Freedom Party (FPO), running on an anti-Islam and eurosceptic platform, won more than a third of the votes, sending him into a run-off for the largely ceremonial role with a former Green Party leader on May 22. The next parliamentary elections are due to be held by 2018.

The spread between Austrian and German 10-year bond yields narrowed by one basis point to 24 basis points on May 9, from 24.8 basis points to 23.6 points.