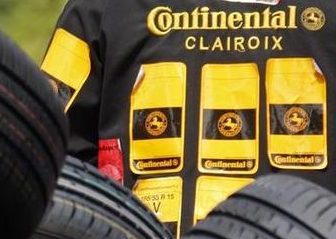 The world’s largest tyre and car-parts maker has a bullish 2020 outlook. Suppliers stand to benefit greatly from the auto industry’s technological shifts. Yet investors should stay sober. Conti’s shares already price in the upside. And its dividend policy remains thrifty.

Shares in Germany’s automotive supplier Continental rose 2.7 percent in early trading on March 5 after the group gave an optimistic medium-term outlook and increased its dividend for 2014.

Continental expects sales to rise 44 percent to more than 50 billion by 2020. The group points to increasing car production as well as higher demand for safety technology and electronic components. It also targets a double-digit operation margin over the medium term. In 2014, earnings before interest and tax amounted to 9.7 percent of sales.

The Hanover-based company raised its sales guidance for 2015 to take into account the integration of U.S.-based Veyance Technologies. Continental expects sales to grow by almost 9 percent to about 37.5 billion euros compared with a January target of more than 36 billion euros, including at least 1.3 billion euros from consolidating Veyance. The deal was closed in January. Positive exchange rate effects could add an additional 1 billion euros to sales.

Continental will raise its dividend by 30 percent to 3.25 euros per share.