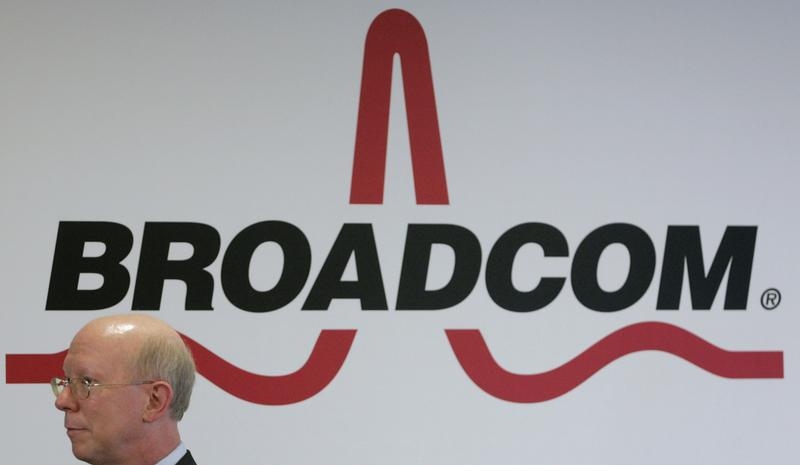 Avago Technologies is offering what might become a textbook merger case. In its $36 billion-plus acquisition of rival chipmaker Broadcom, Avago’s record, industry logic, the cash-and-stock mix, a premium just under 30 percent and synergies all add up. Only an interloper could spoil the party.

It’s the biggest deal so far in a round of consolidation in a maturing industry. NXP Semiconductors and Freescale Semiconductor unveiled an essentially nil-premium combination in March. Avago itself completed a $6.6 billion cash acquisition of semiconductor and software firm LSI just a year ago. The Broadcom acquisition will create an industry No. 3 with more than $15 billion in annual sales, according to the companies – behind only Intel and Qualcomm.

Avago is paying a premium of about 28 percent to Broadcom’s closing price on Tuesday. That’s about $8 billion in value. Synergies are estimated, apparently conservatively, at $750 million a year. With both Singapore-based Avago and California-headquartered Broadcom sporting single-digit effective tax rates, those are currently worth north of $7 billion to shareholders, on a rule-of-thumb multiple of 10 times.

That almost covers the premium. Avago is also hedging its shareholders’ bet by paying half or more of the total price in stock. Jefferies analysts noted in a March research report that M&A has been good to semiconductor companies, with Avago’s LSI transaction a prominent example where an acquirer’s stock performed strongly. Broadcom also appeared in their screen for companies that might become targets because of their relatively high costs.

Though Avago will borrow an additional $9 billion to finance the deal, the combined company won’t be as indebted as Avago was immediately after the LSI purchase, its executives said, touting their ability to deleverage quickly after that transaction. Shareholders seemed to buy it, boosting Avago’s stock by approaching 10 percent as well as Broadcom’s by nearly 30 percent on Wednesday when news of an impending deal first surfaced.

The enthusiasm for both stocks waned slightly after the deal was formally announced early on Thursday along with details of the terms. The fact that Broadcom’s shares fell may suggest investors had expected a bigger premium. Though the company is a big bite for anyone, that leaves the door open just a crack.

Avago Technologies on May 28 said it had agreed to buy fellow chipmaker Broadcom in a cash-and-stock deal valued at more than $36 billion to boost its mobile chip and data networking businesses.

Avago, a maker of chips for the wireless and industrial markets, is offering Broadcom shareholders around $17 billion in cash and Avago shares valued at roughly $20 billion in one of the biggest deals ever in the chip industry.

The agreed price represents a premium of about 28 percent, according to Reuters calculations based on Broadcom’s closing share price on May 26, the day before the Wall Street Journal reported that the companies were in talks.