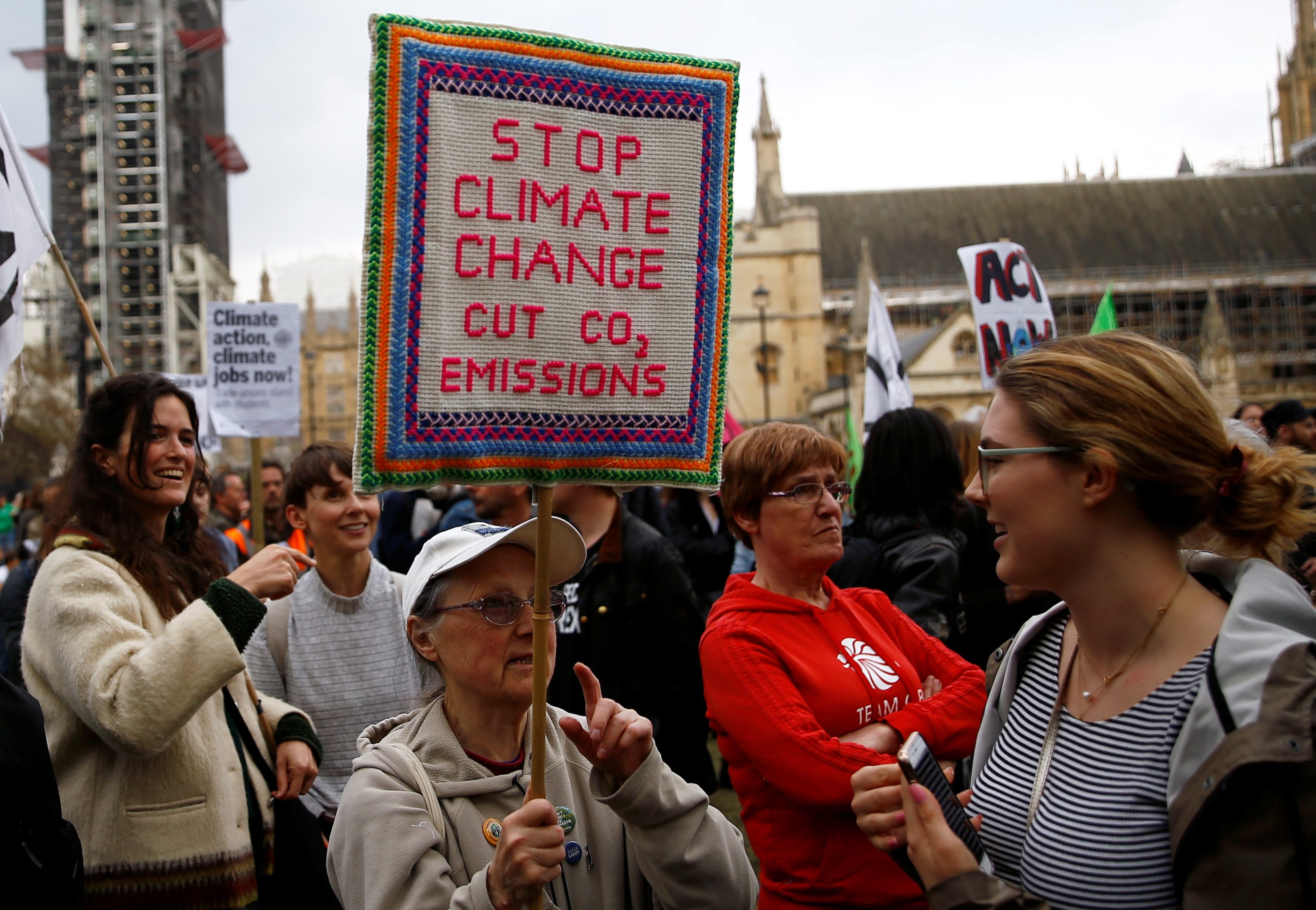 Britain’s proposal for zero net carbon emissions by 2050 is laudable. But given it’s already struggling to hit a less ambitious goal, success implies tough state action. One way to tell if the UK is serious is if it ramps up taxes that curb customer demand for air travel.

Climate change activists from the Extinction Rebellion protest at the Parliament Square in London, Britain May 1, 2019.

Britain should commit to a target of net zero greenhouse gas emissions by 2050, the government’s climate advisers said on May 2, by phasing out new petrol and diesel cars by 2035 and getting Britons to consume 20 percent less beef and lamb.

Regarding aviation, the Committee on Climate Change said using more fuel-efficient engines or switching to biofuels had only limited potential to reduce emissions, creating a “potentially significant role for constraining demand for flights”.

Britain already has a target to cut greenhouse gas emissions by 80 percent by 2050, compared to 1990 levels, but campaigners say this does not go far enough to meet pledges under the 2015 Paris climate agreement to limit a rise in global warming to 1.5 degrees centigrade.

The Intergovernmental Science-Policy Platform on Biodiversity and Ecosystem Services, which groups 130 countries including the United States and China, said on May 6 that a million animal and plant species were at imminent risk of extinction due to mankind’s relentless pursuit of economic growth. Climate change is exacerbating the losses, it said.