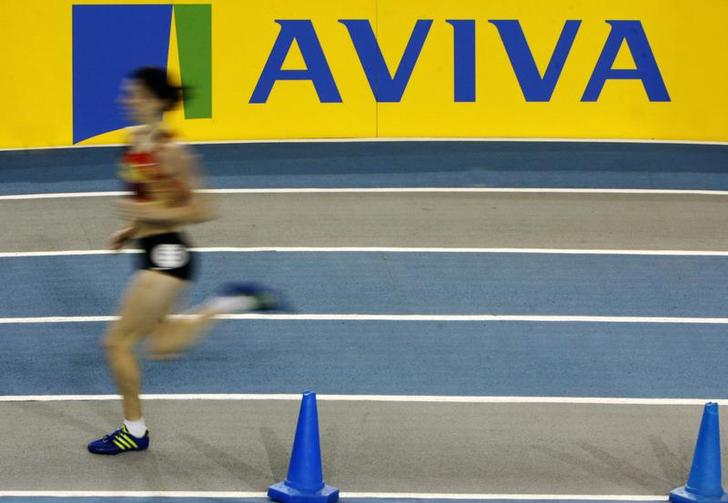 The UK insurer has said it will deliver hoped-for synergies from its late-2014 deal to buy Friends Life a year early. Its capital position is greatly improved. But a minus 12 pct total return since the deal broke implies shareholders are still waiting to be convinced.

An athlete runs past Aviva signage during the Aviva International Match athletics meeting at the Kelvin Hall in Glasgow, Scotland

Aviva said on March 10 it would hit its target to secure 225 million pounds of synergies from its merger with Friends Life in 2016, a year earlier than forecast.

The UK insurer reported a solvency ratio under European Solvency II reforms of 180 percent, at the top of its intended range. Chief Executive Mark Wilson said the insurer could give cash back to shareholders in future.