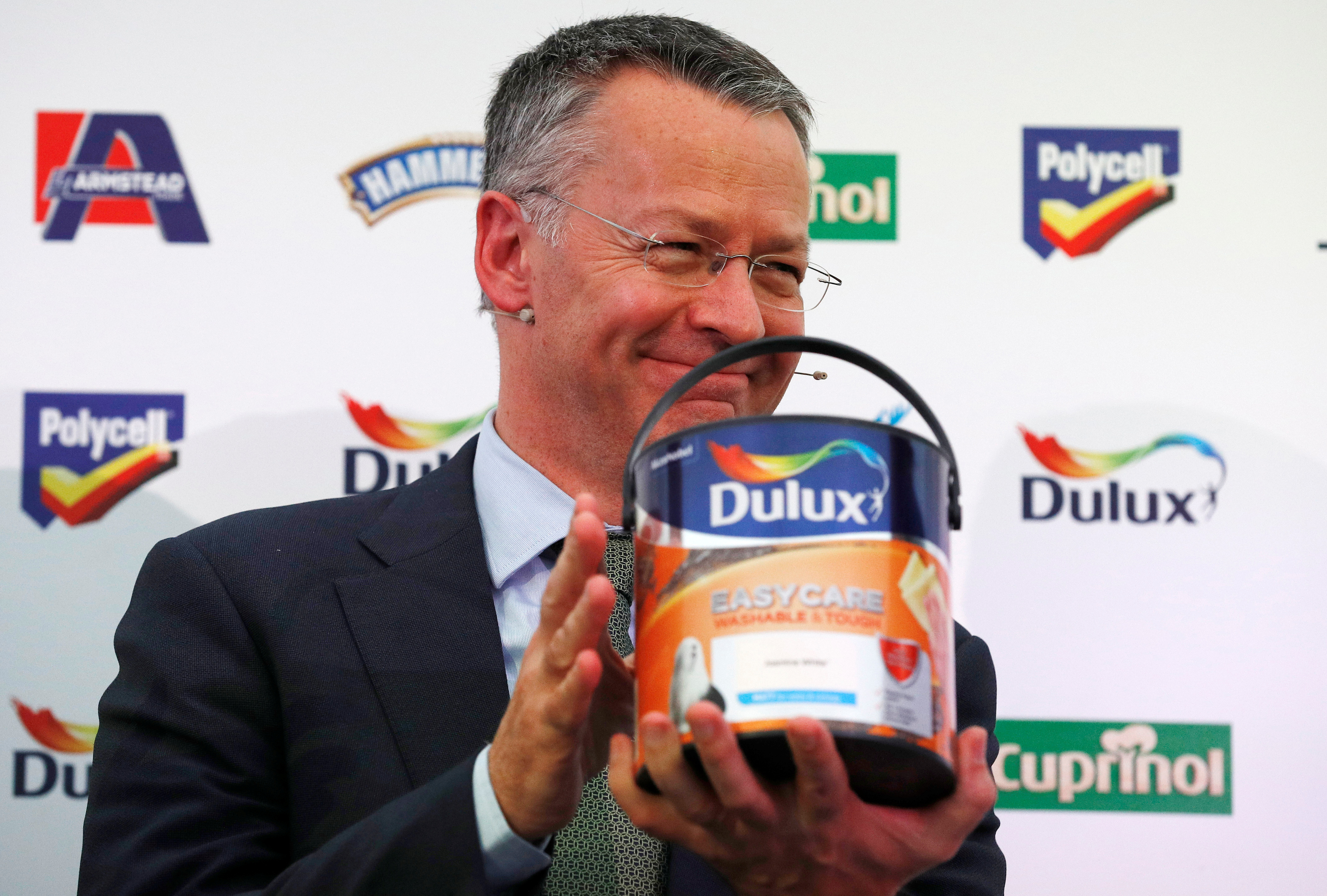 Fresh from deflecting a takeover, the Dutch group is considering a merger of its paints unit with its U.S. rival. A combination makes sense. But new CEO Thierry Vanlancker is already grappling with weak results and a chemicals spinoff. That raises the risk of dropped balls.

Thierry Vanlancker, CEO of AkzoNobel holds a can of Dulux paint at the opening of the company's new paint factory in Ashington, Britain September 12, 2017. REUTERS/Phil Noble - RC1D335C3D60

Akzo Nobel on Oct. 30 confirmed it was in “constructive discussions” about a “merger of equals” with U.S. rival Axalta.

The Dutch maker of Dulux paint confirmed the talks after Reuters reported on Oct. 27 that Akzo had approached Axalta about a possible merger.

Akzo said the talks would not affect its plan to sell or spin off its specialty chemicals division and return the “vast majority” of proceeds to its shareholders.