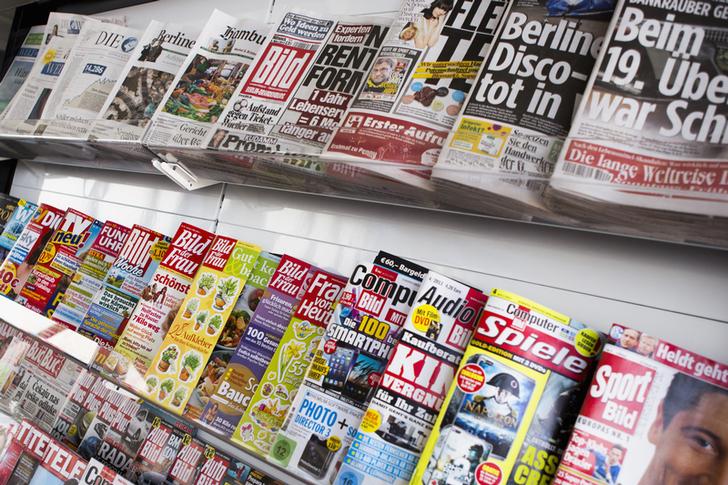 KKR may take the $6.6 bln German media group private alongside CEO Mathias Doepfner and the founder’s widow. An unwieldy structure that spans publications like Bild and Business Insider as well as classifieds means a low valuation. Separating the two is the surest route to riches.

A presentation of print titles of the Axel Springer media group is displayed before a news conference on annual results in Berlin March 6, 2013.

Axel Springer on May 29 said it is negotiating with private equity firm KKR and Friede Springer of the controlling Springer family about a potential strategic investment in the German media group.

KKR could launch a tender offer to Axel Springer’s minority shareholders once it agrees on a consortium with companies held by Friede Springer and Axel Springer Chief Executive Mathias Doepfner.