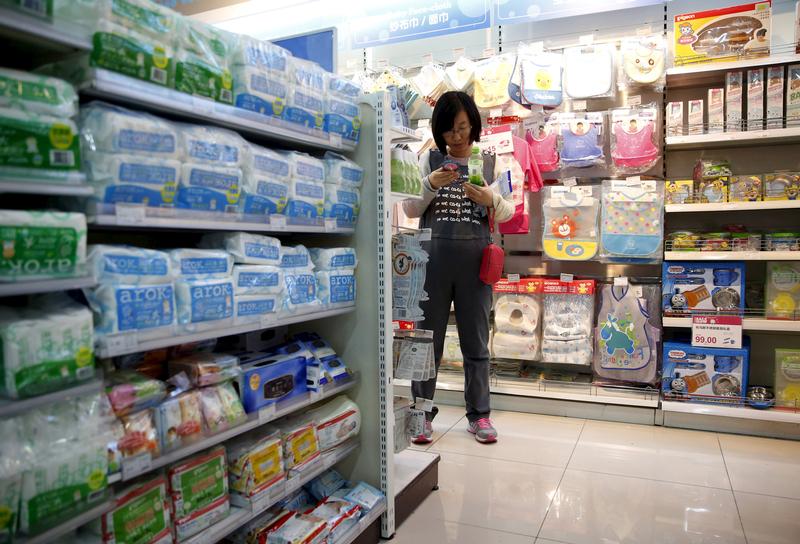 The Alibaba-backed Chinese parenting site wants to raise up to $1 bln. Targeting tiger mothers might seem timely, given Beijing’s fertility push. Yet the chat-and-shopping combination is unprofitable after 11 years, and its desired value exceeds the wildest demographic optimism.

An expectant mother Li Zhao chooses baby products at a shop in Beijing, China October 30, 2015. Li Zhao, 35, an office worker and six months pregnant, said one-child policy was cruel because having baby is basic civil right. But she does not want to have second baby for her personal reason. China has unwound its one-child policy, for decades a symbol of invasive and coercive government planning, but the shift has been met with a disinterested shrug from many younger couples.

Chinese online parenting firm Babytree Group, backed by e-commerce giant Alibaba Group, plans to raise up to US$1 billion with a Hong Kong flotation in October, Thomson Reuters publication IFR reported on Aug. 16. Citing people close to the transaction, IFR said the company was seeking a valuation of $3 billion to $5 billion.

Founded in 2007, online portal Babytree.com allows parents to receive and share pregnancy and parenting information, and to track their child's development using blogging tools. It also has an e-commerce operation selling related products and services.

In its preliminary prospectus, Babytree said total revenue expanded at a compound average growth rate of 91 percent from 2015 to 2017, to 730 million yuan ($106 million). It reported a 911 million yuan loss for 2017, versus a 935 million yuan loss the previous year.