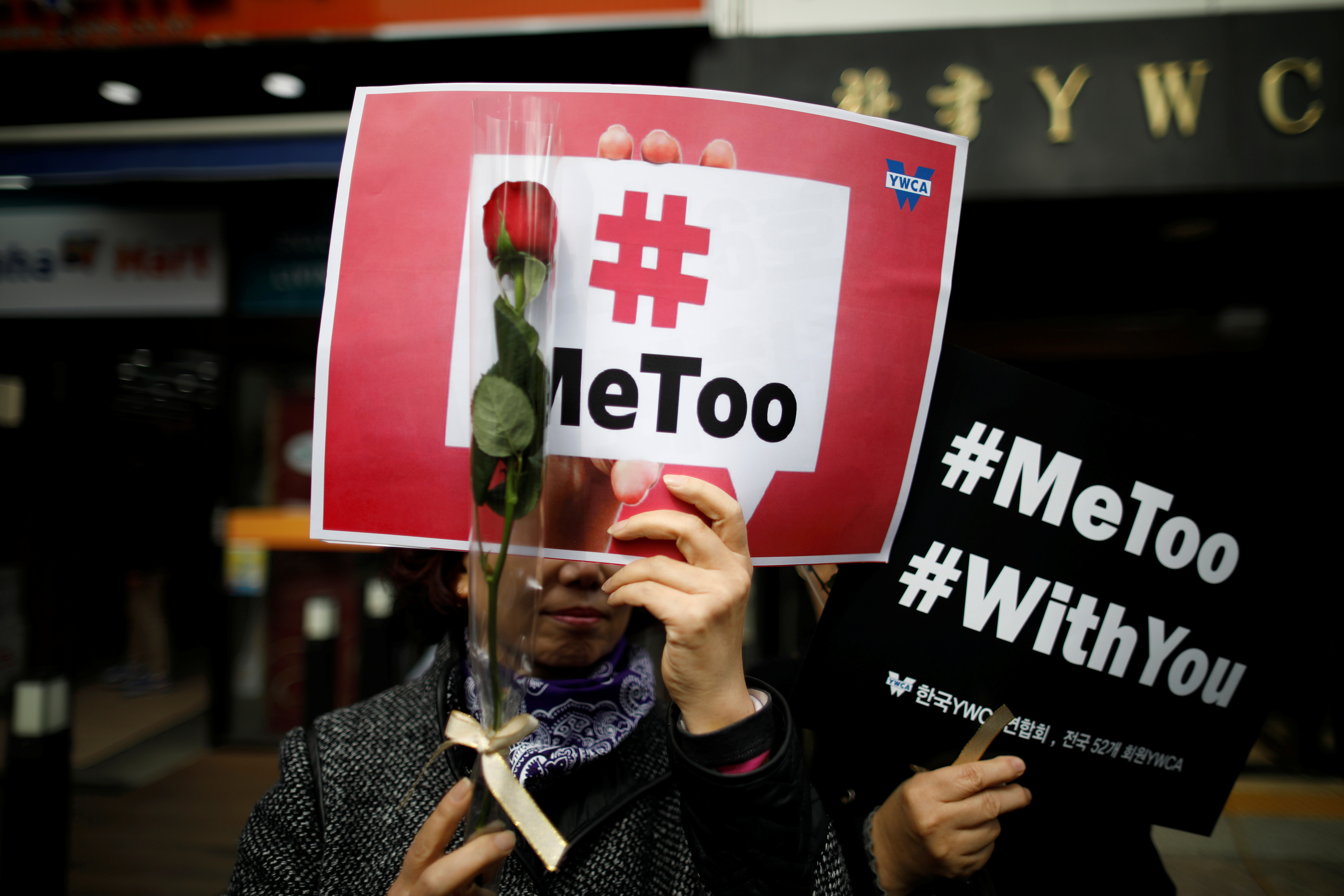 An investor who took aim at a REIT chief accused of sexual misconduct is now fighting claims against himself. Such allegations are harder to contain for companies, which usually face more scrutiny than hedge funds. The asymmetry has limits though, especially if fund returns fall.

Women attend a protest as a part of the #MeToo movement on International Women's Day in Seoul, South Korea, March 8, 2018.

On May 23, Snow Park Capital said that it would continue to fight a “meritless lawsuit” brought against the hedge fund by a former employee who claims the fund’s managing partner Jeffrey Pierce repeatedly made unwanted advances toward her. “Those who know Snow Park can attest to the fact that our firm is founded and operated on a code of conduct that insists on professionalism, honesty and respect for all individuals,” the company said in a statement.

Previously the fund had demanded that real-estate investment trust Cedar Realty Trust, the subject of one of its activism campaigns, investigate sexual-harassment claims brought against Cedar’s Chief Executive Officer Bruce Schanzer by the company’s former chief operating officer. In an interview with Bloomberg last November, Pierce said that it was “very relevant to us is whether there was a pattern of sexual harassment and multiple women that had complained to Bruce in the past."

In particular, Pierce wanted the board to answer whether Cedar funds were used to settle claims. Snow Park settled with Cedar in February after receiving a board seat. Pierce said that following an investigation of the company he believed the allegations were without merit.

On May 29, the chief executive officer of Athenahealth, Jonathan Bush, issued an apology after the Daily Mail published a story saying he assaulted his wife, according to Bloomberg. The health information-technology company is facing a hostile takeover by hedge fund Elliott Management.