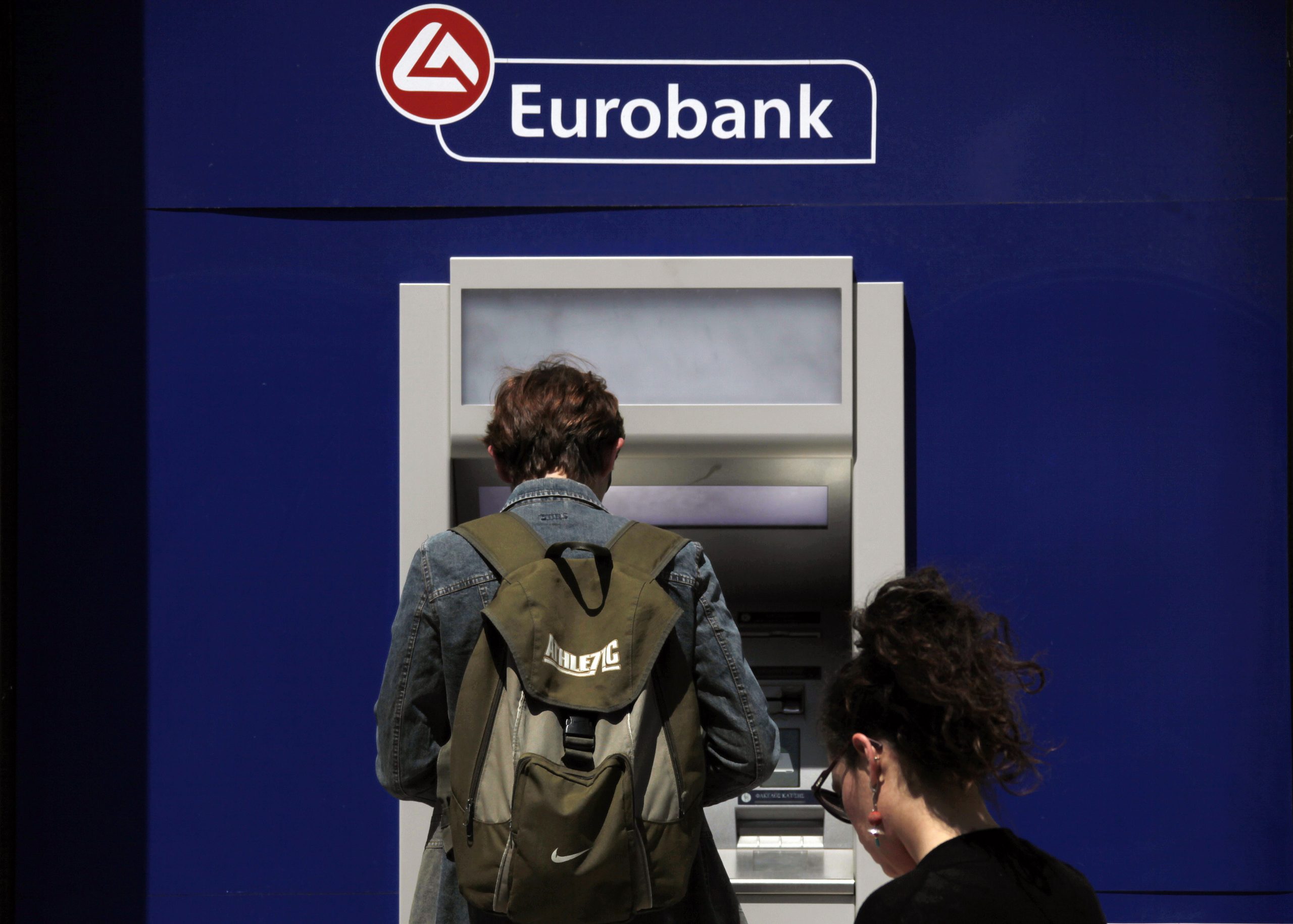 Eurobank is preparing to dispose of $8 bln in dud loans under a government scheme to cut such exposures by $33 bln. CEO Fokion Karavias has enough capital to absorb a projected $1.4 bln loss. Rivals whose shares have also gained from an economic rebound have less wiggle room.

A woman makes a transaction at an ATM as another waits in line outside a Eurobank branch in Athens April 24, 2014.

The European Union has approved plans to cut bad loans at Greek banks by up to 30 billion euros ($33 billion) after it ruled that the government-backed scheme did not violate state aid rules.

The Hercules Asset Protection Scheme aims to bring down the amount of bad loans, without distorting the market through government subsidies.

The European Commission said in a statement on Oct. 10 that it had found "Greek plans aimed at supporting the reduction of non-performing loans of Greek banks to be free of any state aid".

Banks in Greece have been working to reduce a pile of about 75 billion euros in bad loans, the legacy of a financial crisis that shrank the country's economy by a quarter.