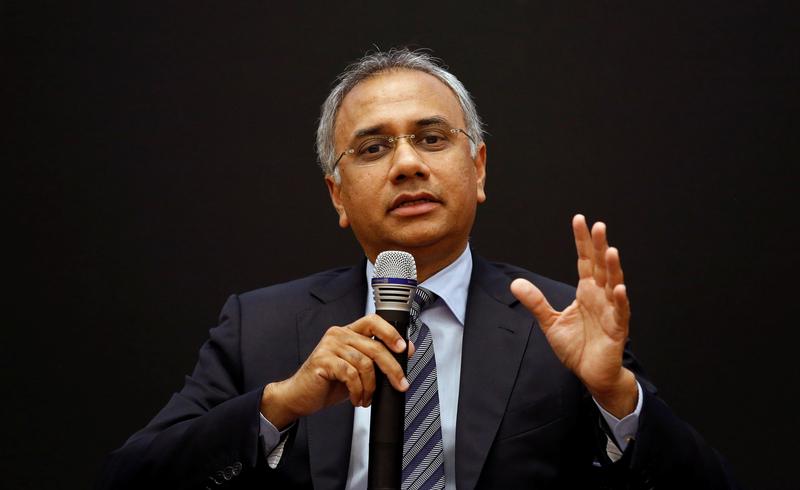 Shares in the $46 bln Indian IT firm are crashing on the prospect of a second leadership crisis in just over two years. This time, whistle-blowers accuse boss Salil Parekh of bending accounting rules to boost profit. Investors are not giving Infosys the benefit of the doubt.

Infosys’ Mumbai-listed shares were down around 14% at 659 rupees in morning trading on Oct. 22, after the company disclosed it had a received a whistle-blower complaint accusing Chief Executive Salil Parekh of taking unethical steps to boost short-term revenue and profit.

A day earlier, Infosys’ American Depository Receipts closed down 12%. Indian markets were closed on Oct. 21 for a holiday.

The company has said that details of the letter were referred to the audit committee on Oct. 10 and that law firm Shardul Amarchand Mangaldas & Co has been appointed to conduct an independent investigation.

Infosys issued statements after The Economic Times printed a copy of the letter dated Sept. 20 which alleges that Parekh was bypassing approvals and reviews for business deals, and that his business travel expenses are also non-compliant.

“In large contracts like Verizon, Intel, JVs in Japan, ABN AMRO acquisition, revenue recognition matters are forced, which are not as per accounting standards,” the letter from an anonymous group, calling themselves “Ethical Employees”, states.