Head in the sand 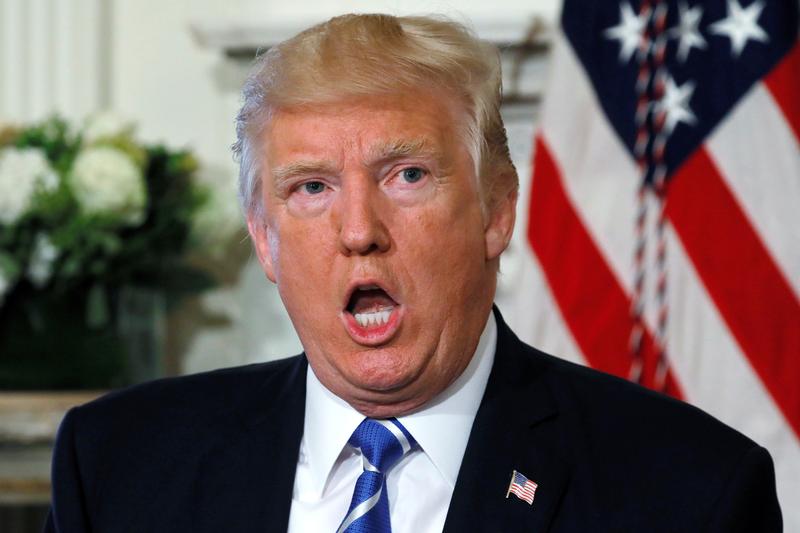 The U.S. economy lost 33,000 positions last month, largely due to hurricanes Harvey and Irma. It’s probably a temporary blip. But President Trump and his aides have touted monthly employment gains and other snapshot economic figures when it suits them. They own the downturns, too.

U.S. President Donald Trump speaks to reporters about North Korea before meeting with participants in a workforce and apprenticeship discussion at his golf estate in Bedminster, New Jersey U.S. August 11, 2017. REUTERS/Jonathan Ernst

The U.S. economy lost 33,000 jobs in September while the unemployment rate dropped to 4.2 percent, the Bureau of Labor Statistics said on Oct. 6. The losses were largely blamed on the impact of hurricanes Harvey and Irma. It is the first time payrolls have fallen since September 2010.

Economists surveyed by Reuters expected a gain of 90,000 positions. Average hourly wages rose by 12 cents to $26.55 in September, while the labor-force participation rate increased to 63.1 percent. The food services and drinking places sector experienced the biggest hit with 105,000 jobs lost.