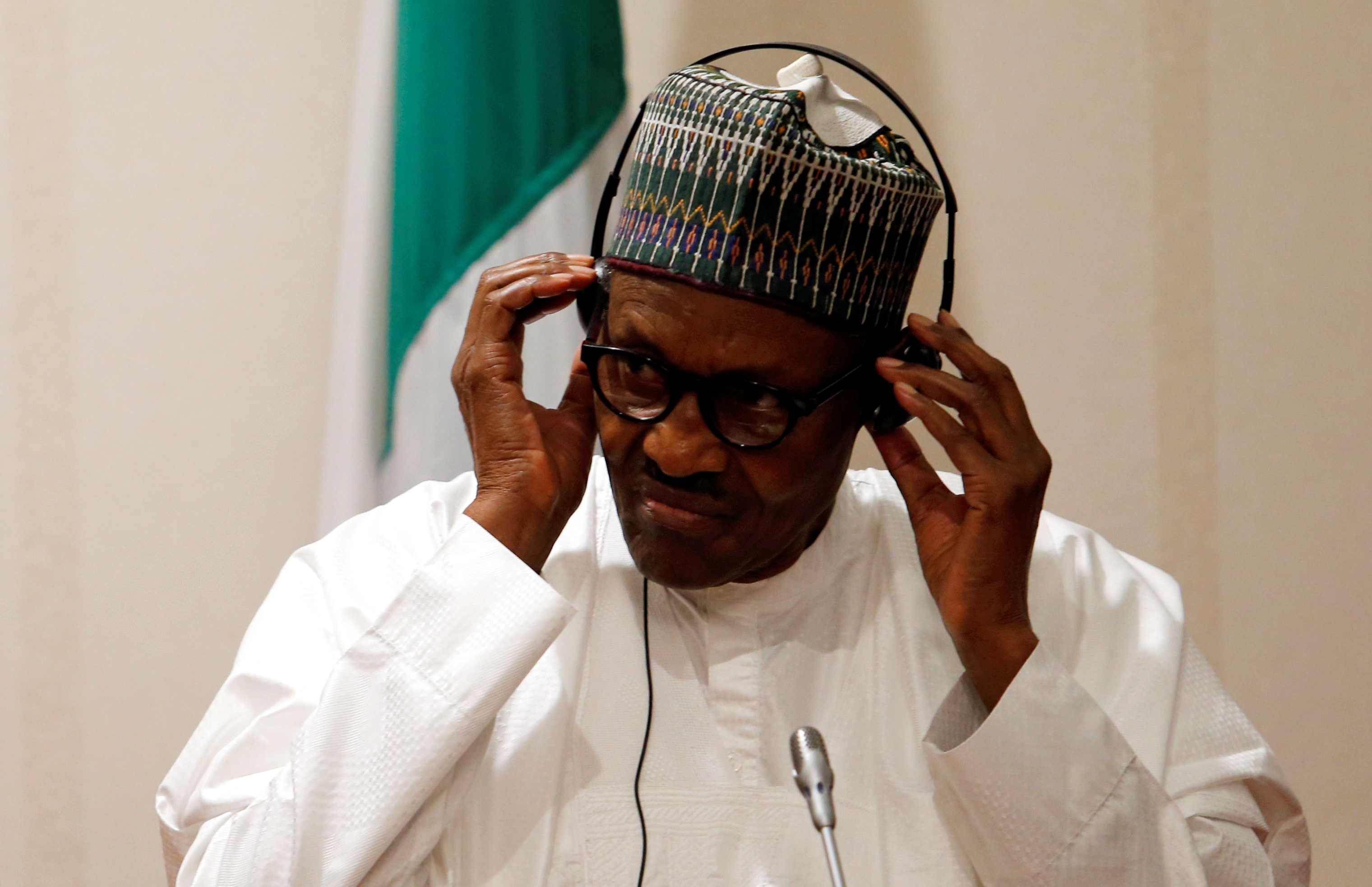 Nigeria's President Muhammadu Buhari adjusts his translation device during a news conference at the presidential villa in Abuja, Nigeria, August 31, 2018.

The attack appeared to be a response to an HSBC research report published in July which criticised President Muhammadu Buhari’s stewardship of Africa’s biggest economy. HSBC declined to comment.

The central bank said on Sept. 19 that it was reviewing the MTN case and that its action against the banks involved was not an attempt to block investors’ access to their returns.

Around $15 billion of foreign cash entered Nigeria’s stock and debt markets in the year to June 2018, according to the country’s statistics bureau.