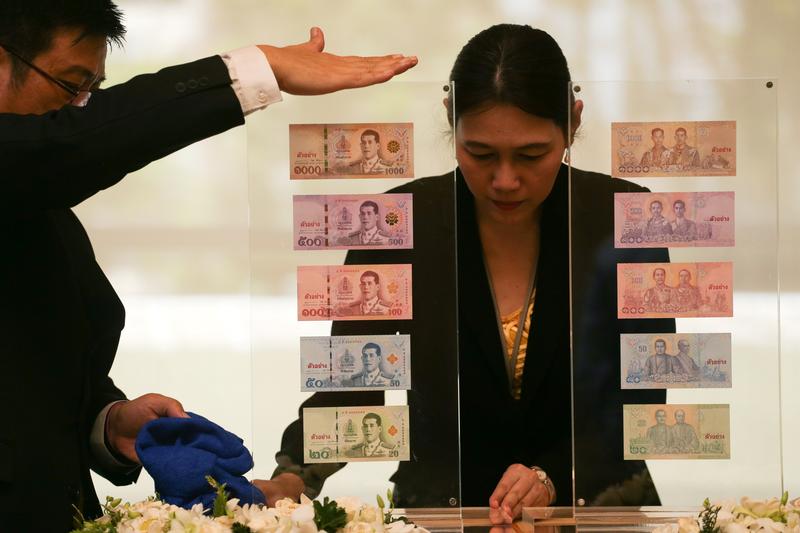 Thailand’s $500 bln economy expanded at its slowest rate in nearly five years last quarter, hit by cooling exports and tourism. Yet its currency is an outperformer, aggravating both problems. Lower rates and public spending could weaken it, as might investing more funds abroad.

Thailand’s gross domestic product expanded 2.3% from a year earlier in the second quarter, the National Economic and Social Development Board said on Aug. 19, marking the weakest annual pace in almost five years.

A Reuters poll of 12 economists, published on Aug. 15, had forecast 2.4% year-on-year growth for the April to June quarter, the weakest pace since the last quarter of 2014.

Thailand’s finance minister said on Aug. 16 that the country was planning a stimulus package worth $10 billion that would include support for farmers and tourism.

Thailand’s central bank on Aug. 7 unexpectedly cut its benchmark interest rate for the first time since 2011 by 25 basis points, to 1.5%.

The baht was trading on Aug. 19 at 30.86 to the dollar. So far this year, the baht has strengthened just over 5%, making it the top-performer among Asia’s emerging market currencies.