A case of the Benz 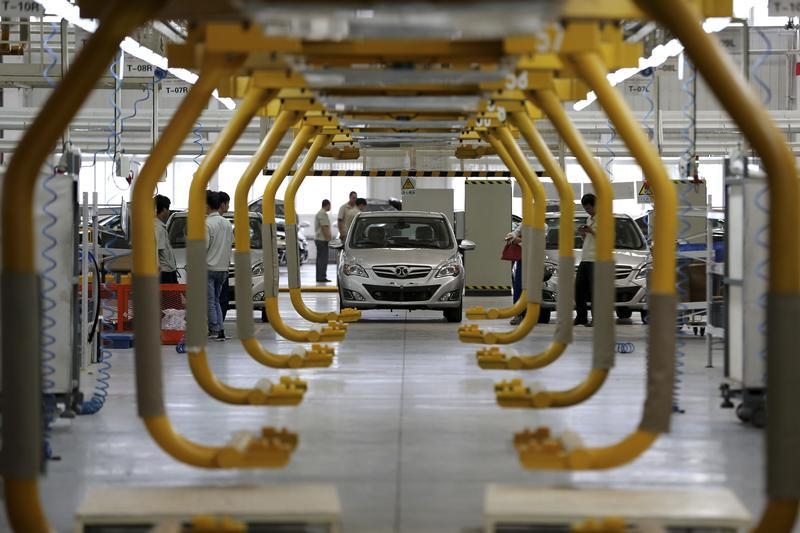 The Chinese automaker’s unracy $8.6 bln valuation reflects the slowdown of China’s car market. BAIC is betting on its premium venture with Daimler for growth. That has promise, if investors can get comfortable with what’s still a mass-market firm without control where it counts.

An E150 EV electric car is seen along a production line at a factory of Beijing Automotive Industry Holding Co (BAIC) on the outskirts of Beijing, July 23, 2014.

China’s BAIC Motor Corporation is set to raise HK$11 billion ($1.42 billion) from its initial public offering, according to a person familiar with the deal.

BAIC will price its shares at HK$8.90 per share, the source added. The carmaker is selling 1.24 million shares, of which almost 91 percent will be newly issued. The offering would value the company at $8.62 billion, immediately upon listing.

It implies a valuation of 7.56 times forecast 2015 earnings, according to a forecast for net income in 2015 provided by a source close to the deal.

Some selected investors have already committed to buy shares worth up to $786 million, led by China Aerospace Investment which will invest $300 million. These “cornerstone” participants will get a guaranteed value of shares in return for an agreement to hold them after the IPO.

In January 2013, BAIC Motor acquired 50 percent of Beijing Benz, which sells Mercedes-Benz cars in China, from its parent BAIC Group. In November, it raised its shareholding to 51 percent and began to consolidate the subsidiary’s results.

Mercedes-Benz is licensed to BAIC Motor by Germany’s Daimler which will own 10.2 percent of the company after the listing, and owns the 49 percent minority stake in Beijing Benz.

BAIC Group is the fifth largest auto group in China by passenger sales, according to the prospectus. BAIC Group’s shareholding will fall from 55.2 percent to 45.6 percent following the listing.