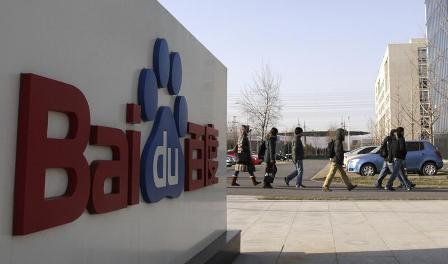 Baidu’s offer to buy China’s biggest home grown mobile app store operator for $1.9 billion is a cautionary tale for smaller tech firms. NetDragon, the majority owner of 91 Wireless, agreed to sell its trophy asset to the search engine giant. The seller’s shares plunged by almost a quarter. As competition between Chinese tech giants intensifies, upstarts must choose: compete or get out of the way.

Investors shouldn’t be unhappy at the price. Baidu is paying 17 times 91 Wireless’ sales for 2013, as forecast by Nomura, compared with its own market rating of seven times. An alternative plan to list the business in Hong Kong would have put NetDragon at the mercy of volatile markets with no guarantee that the platform would be valued as high. This way, NetDragon can get $1 billion to develop its core gaming business.

China’s internet is young, but it’s already a game of scale. The three biggest players, Baidu, Tencent and Alibaba, boast hundreds of millions of users each. That gives them a ready-made user base for new products that smaller players would need years to build. Tencent’s messaging service attracted up to 173 million users at a time in 2012.

Secondly, their multi-billion dollar cash piles and access to debt markets mean they can buy their way to success in the highly contested mobile space. Baidu bought online video provider PPS for $370 million in May, creating China’s biggest mobile video user base. Alibaba invested $300 million in online maps earlier this year. Can’t acquire it? Then hire engineers to build instead.

As the big three battle it out, small companies with strong products or critical mass have some negotiating leverage. But really, it’s a buyer’s market. Some investors, like NetDragon’s, may be disappointed by the prices they get – but selling out looks a surer bet in the long run.

Employees walk past the logo of Baidu outside its headquarters in Beijing, December 15, 2010. REUTERS/Soo Hoo Zheyang

Baidu, China’s top internet search engine, announced that it intended to buy 91 Wireless in a deal valuing the third-party mobile app store operator at $1.9 billion.
91 Wireless, which is 57.4 percent owned by Hong Kong-listed NetDragon Websoft, is ranked as China’s most popular third-party mobile app platform in terms of active users and cumulative app downloads from 2011 to 2012, according to iResearch.
NetDragon had planned to spin off and list the app store on Hong Kong’s secondary Growth Enterprise Market. The company said that it would scrap the planned listing if the acquisition is finalized by August 14. The remaining shares are held by investors including private equity group IDG.
Shares of NetDragon plunged as much as 23 percent after the announcement. They closed at HK$17.92 on July 18, 25.8 percent below their closing price the day before the deal was announced. Baidu’s shares closed at $108.53 on July 17, 6.9 percent above their value before the announcement.