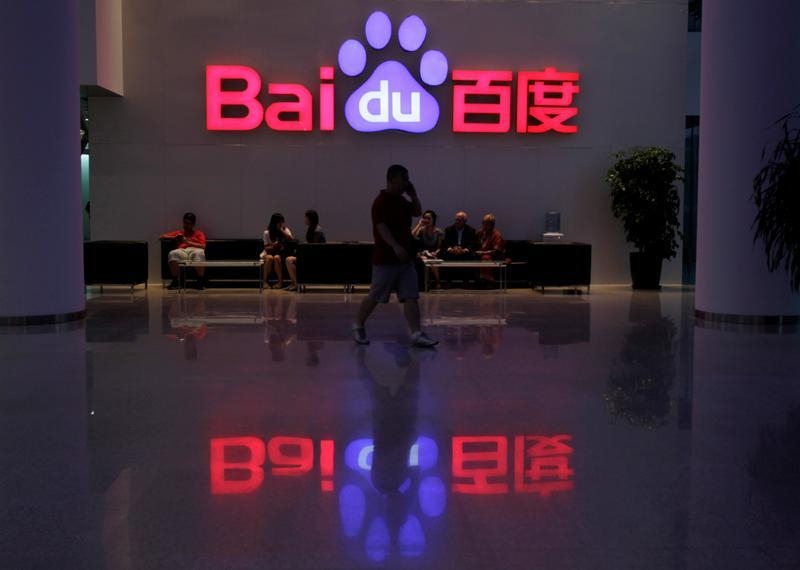 Earnings at China’s top search engine fell by over a third in the second quarter after a crackdown on healthcare advertising. Baidu says the setback is temporary and margins will recover. But other parts of its search business are vulnerable too. Investors may be too sanguine.

A employee uses his mobile phone as he walks past the company logo of Baidu at its headquarters in Beijing, August 5, 2010. REUTERS/Barry Huang/File Photo GLOBAL BUSINESS WEEK AHEAD PACKAGE - SEARCH "BUSINESS WEEK AHEAD JULY 25" FOR ALL IMAGES - RTSJGAV

Baidu, China's most popular search engine operator, on July 28 reported revenue of 18.3 billion yuan ($2.75 billion) for the three months to June, an increase of 10.2 percent over the same period last year. It was the slowest growth rate in nearly eight years. Earnings fell 34.1 percent to 2.41 billion yuan.

Chinese regulators in May imposed limits on the number of healthcare adverts carried by Baidu, after the death of a student who underwent an experimental cancer treatment which he found using the company's search engine.