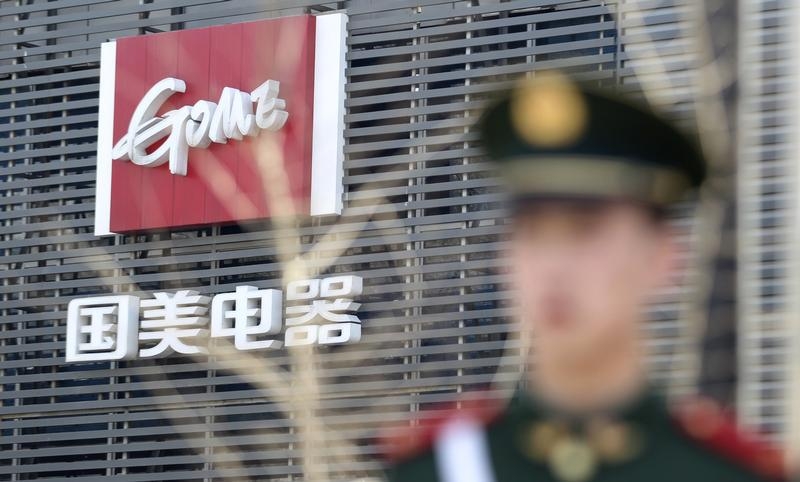 Each buyout firm is struggling to turn around a Chinese retailer that over-expanded in boom years. Bain’s investment in electronics seller GOME may pay off. But TPG, which bet on shoemaker Li Ning, looks to have bitten off more than it can chew.

A paramilitary policeman stands guard in front of a Gome Electrical Appliance shop in Beijing March 10, 2011.

The group is part owned by buyout firm TPG and Singapore sovereign wealth fund GIC, who bought convertible bonds in January 2012 for 750 million yuan ($122 million) at a conversion price of HK$7.74.

Bain Capital bought into GOME Electrical Appliances in June 2009. The group purchased HK$1.8 billion ($232 million) worth of seven-year convertible bonds with a 5 percent coupon, at a conversion price of $1.11 per share. Bain converted all its shares in 2010 for a nearly 10 percent stake.

Bain sold roughly half of its stake in July raising around $130 million.

Over the past five years, shares in Li Ning have fallen 79 percent, while GOME shares have fallen 44 percent.