Mad men get even 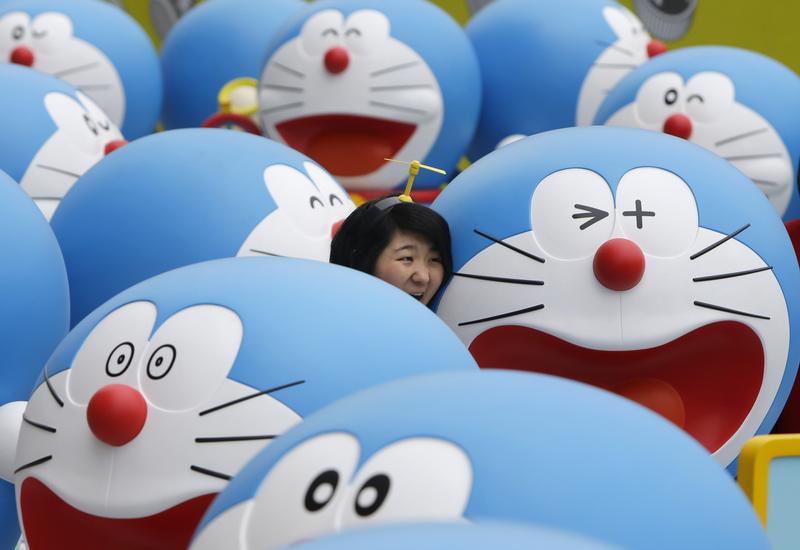 The U.S. buyout firm wants to buy Japan’s third-largest ad agency for $1.3 bln.  That would let Asatsu-DK escape a disappointing tie-up with major shareholder WPP. The UK giant may not like it, but WPP has little room to extract a better price and may have to sell eventually.

A visitor poses for a photo next to a Doraemon model during an exhibition in Beijing April 19, 2014. The exhibition, which showcased a hundred models of the Japanese cartoon character in different poses and expressions, will run from April 19 to June 22. REUTERS/Jason Lee (CHINA - Tags: SOCIETY ENTERTAINMENT) - GM1EA4J17ML01

At 3,660 yen per share, the U.S. buyout firm’s tender offer represents a 15 percent premium to ADK’s closing share price on Sept. 29. It is supported by the management of ADK, which is Japan’s third-largest ad agency, and is subject to at least 50.1 percent of shares being tendered.

ADK said its board had resolved to end a 19-year alliance with WPP, saying the two sides differed over changes to its business model, and the tie-up had not yielded “business synergy that expands mutual interests through collaboration”. WPP owns nearly 25 percent of ADK, while the Japanese company owns about 2.4 percent of its larger counterpart.

ADK said it planned to sell its WPP stake eventually, and would enter a derivative agreement with Morgan Stanley to hedge against share price and currency moves in the meantime. It has also asked WPP to dispose of its cross-shareholding.