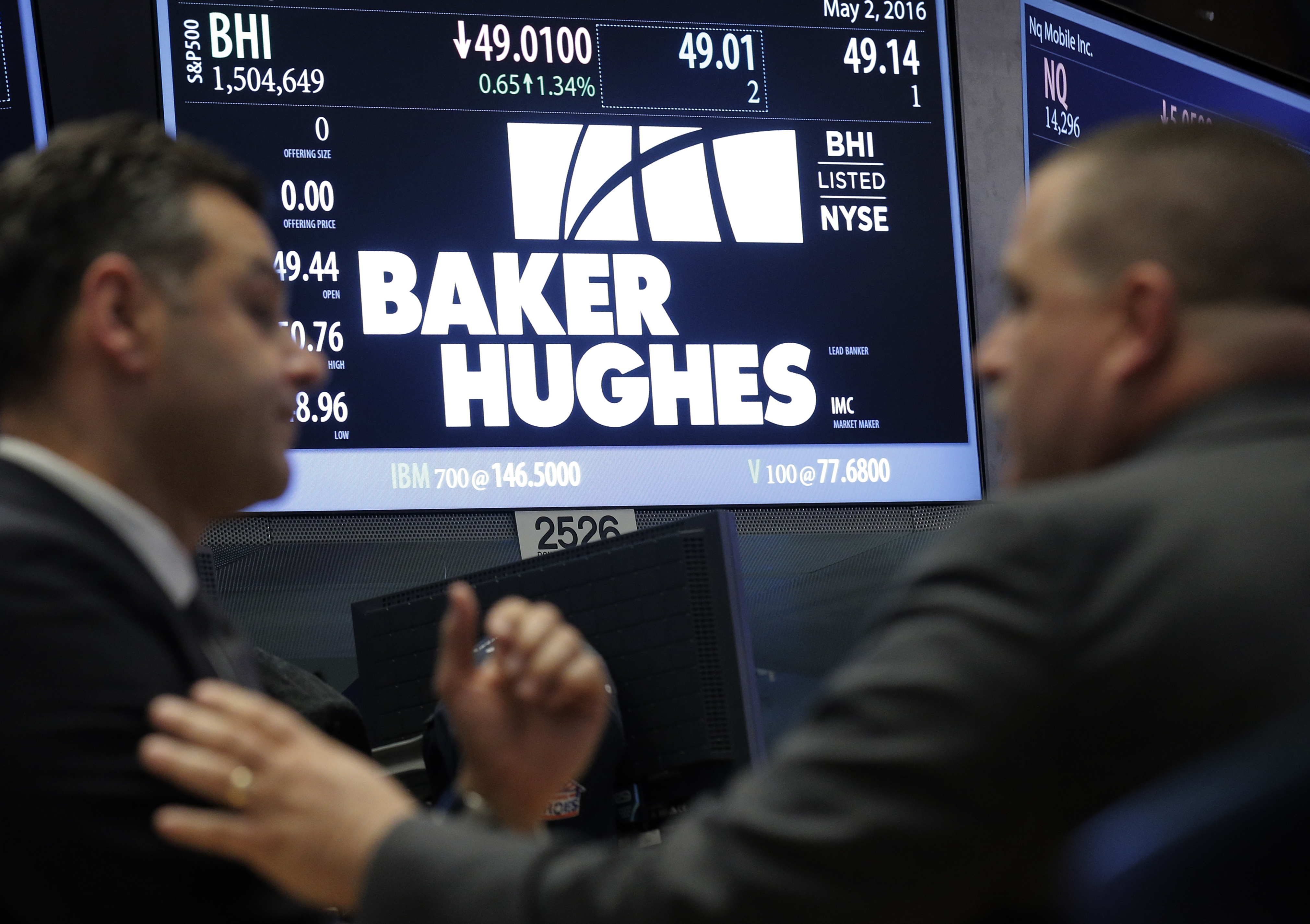 Shares of the oilfield-services firm tumbled after announcing a merger with GE’s oil and gas unit. Shareholders get a $7.4 bln special dividend and a big stake in an industry leader. But having been burned before, Baker’s owners have their reasons for discounting GE’s promises.

Traders work near where Baker Hughes is traded on the floor of the New York Stock Exchange (NYSE) in New York City, U.S. May 2, 2016.

General Electric said on Oct. 31 it would combine its oil and gas business with rival Baker Hughes and form a new publicly traded company. The combined group will be 62.5 percent owned by GE. Baker Hughes shareholders will own the remaining 37.5 percent and also receive a special dividend of $17.50 a share, with GE contributing $7.4 billion to help fund the one-time payout.

With revenue of about $32 billion, the new enterprise would become the second-largest oilfield-services company behind industry leader Schlumberger, vaulting ahead of rival Halliburton, whose attempted $35 billion acquisition of Baker Hughes was blocked earlier this year on antitrust grounds.

The companies said they expect the deal to generate $1.6 billion of annual synergies, worth $14 billion, by 2020.