Considerably richer than Man U 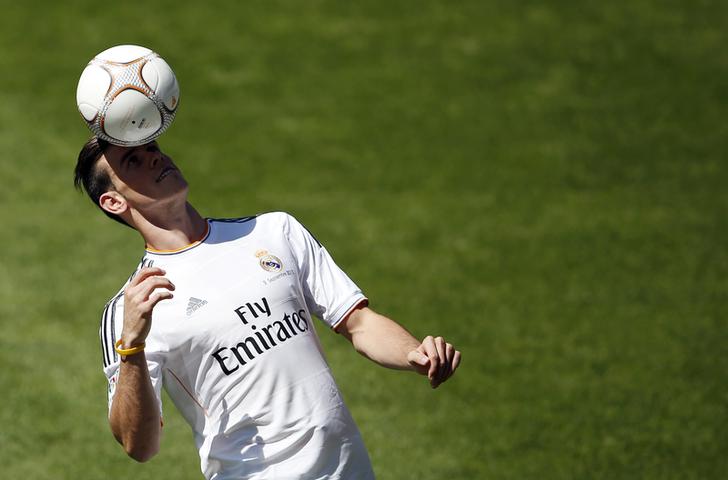 Real Madrid’s world-record signing of Gareth Bale will have UEFA mopping its brow. Soccer’s European governing body is currently ushering in so-called “financial fair play” guidelines designed to stamp out the gross commercial mismanagement that permeates the game. But even after splashing out 100 million euros on a single player, the Spanish club will probably stay on the right side of the referee.

UEFA’s guidelines are not especially strict. They suggest that clubs’ net debt should be less than annual turnover and wage bills shouldn’t exceed 70 percent of takings. Yet clubs have not been especially good at meeting the rules. As of June 2010, well before the new regime took effect, eight of England’s Premier League outfits fell short of the former stricture and six failed the latter, according to consultancy Grant Thornton.

Real Madrid’s finances are much healthier. In 2012, staff expenses were only 45.5 percent of income, according to the club. On the measure preferred by UEFA – bank borrowings plus transfer fees owed to other clubs – analysis by Swiss Ramble, a football finance blog, estimates that net debt in 2011 was 185 million euros. That was way below the Spanish club’s annual revenue of 480 million euros.

Bale’s acquisition will put a big dent in Real’s balance sheet. But even if Real had to take the entire cost upfront rather than amortising it, net debt should still be comfortably below the 517 million euros of income anticipated for 2012/13. And if Bale is paid 300,000 pounds per week, as reported by the BBC, it will only push the club’s wage bill to about half its income.

Real has the strength to pull off this kind of transfer partly because of its favoured position in Spain, where it and Barcelona negotiate their own broadcast rights instead of collectively, as happens elsewhere. But it’s also because of Real Chairman Florentino Perez, who bet over a decade ago that spending huge sums on the world’s most famous players would grow revenue even if the team didn’t win. The merchandising clout of “galacticos” such as David Beckham has made Real the biggest revenue-generator in world soccer.

There’s a risk that Gareth Bale will fail to capture galacticos status – and shirt-buying fans’ imaginations. The danger that Real Madrid will fall foul of UEFA’s financial fair play rules is much more remote.

Gareth Bale of Wales heads the ball during his presentation as a new Real Madrid player at the Santiago Bernabeu stadium in Madrid, September 2, 2013.