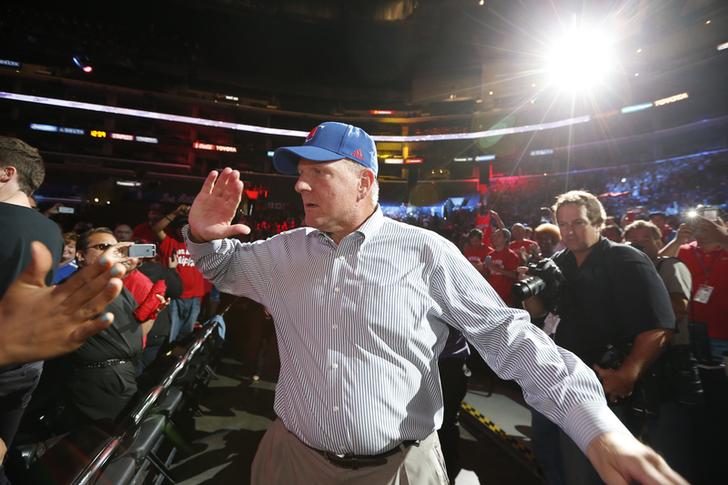 Steve Ballmer’s exit value is now Satya Nadella’s to preserve. Microsoft’s market capitalization swelled by over $100 billion from the day about a year ago when the 34-year veteran of the software giant said he would resign as chief executive until Tuesday, when he stepped down from the board of directors. With Ballmer fading from the picture, maintaining the momentum is now firmly up to new boss Nadella.

Despite Microsoft’s stronghold over personal computers and office desktops, investors were never impressed by Ballmer’s stewardship. The shares tumbled 45 percent during the nearly 14 years he ran the company. Most of the decline came in the early days of Ballmer’s tenure amid the bursting of the technology bubble and the U.S. government’s antitrust case against Microsoft, but the shares never really recovered. Misguided forays into hardware, an inability to capitalize on mobile technology and overpriced acquisitions all marred his tenure.

Nadella can’t take full credit, nor can Ballmer be entirely blamed, for the 40 percent increase in Microsoft’s value since last August. For one thing, the S&P 500 Index is up 20 percent over the same span. Nevertheless, Microsoft has generated a nearly identical gain to Apple, where the promise of new products and markets provide more tangible reasons for optimism.

Between Ballmer decamping to run the NBA’s Los Angeles Clippers, his own personal $2 billion trophy acquisition, and founder Bill Gates stepping down as chairman to focus more on his philanthropic work, Nadella will be freer to make his mark at Microsoft. He already has begun dismantling his predecessor’s legacy, slashing jobs at Nokia, the handset maker Ballmer bought for $7.2 billion weeks after he announced his retirement, and redirecting Microsoft toward productivity and cloud computing.

In his board resignation letter, Ballmer told Nadella to “count on me to keep ideas and inputs flowing.” Given the comparative returns to Microsoft shareholders, of whom Ballmer is the biggest, he may want to keep them to a minimum.

Steve Ballmer said on Aug. 19 that he was stepping down as a board member at Microsoft because owning the Los Angeles Clippers, the U.S. basketball team he recently acquired, teaching, studying and making civic contributions would take a lot of time.

The longtime Microsoft chief executive said he plans to retain his 4 percent stake in the company. Ballmer’s exit marks the end of a 34-year association with the company. He joined the company co-founded by Bill Gates in 1980 and succeeded Gates as CEO in 2000.

Microsoft said on Aug. 23, 2013, that Ballmer would retire within 12 months. Satya Nadella replaced him on Feb. 4.