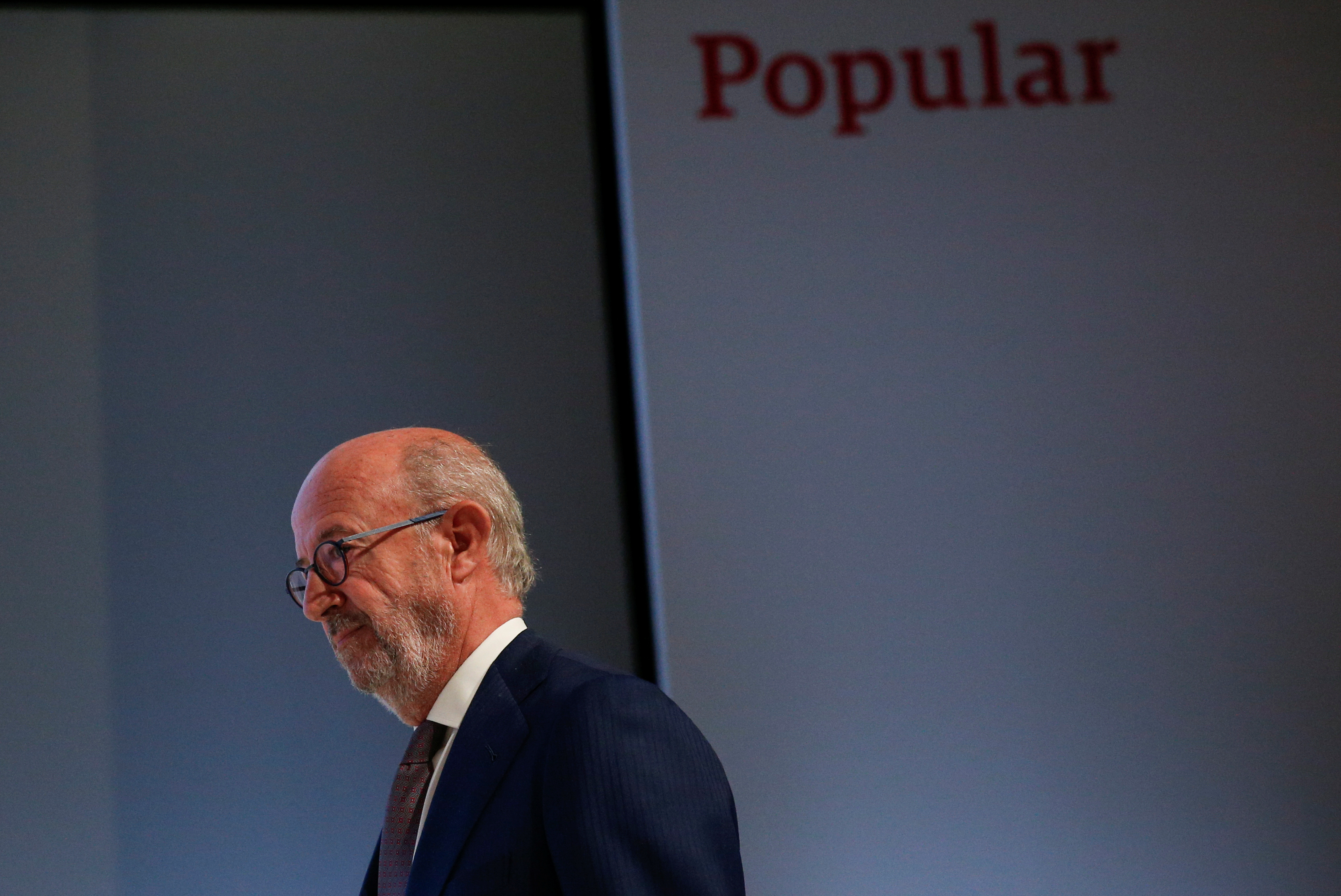 The Spanish lender’s new chair has admitted that it needs to raise capital, and isn’t ruling out the option of a sale. But a capital hike would be prohibitively dilutive, and Popular’s toxic balance sheet may put off buyers. That leaves a bail-in or state-assisted merger.

Spain’s Banco Popular said on April 10 it was looking at another capital hike to clean up a balance sheet weighed down by billions of euros of toxic assets. It is also considering a merger deal, new Chairman Emilio Saracho said.

Higher-than-expected charges on non-performing real estate assets have eroded the bank’s capital position, and pushed it to a 3.5 billion euro loss last year.