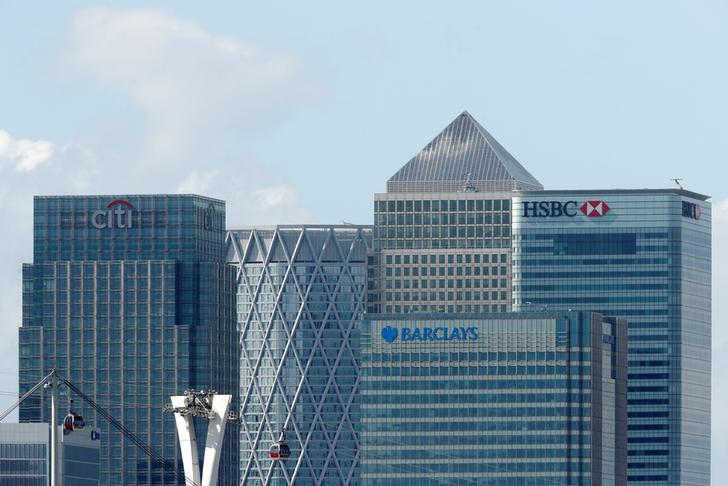 European supervisors in March halted payouts so that lenders could keep credit flowing and absorb losses. Yet earnings and capital have held up, while bond markets are booming. Regulators can drop the restrictions, as long as banks keep big shock absorbers and don’t cut lending.

General view of the Canary Wharf financial district, as the spread of the coronavirus disease (COVID-19) continues, London, Britain, April 6, 2020.

Spain’s Banco Santander on Oct. 27 proposed paying a dividend of 0.10 euros per share in 2021, if regulators at the European Central Bank allow.

The ECB on July 28 extended its existing ban on euro zone banks paying dividends. Originally slated to end in October, it now applies until the start of 2021.

The STOXX Europe 600 Banks Index, which includes both euro zone and UK-listed lenders, fell 43% between the start of 2020 and Oct. 30.