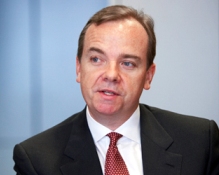 HSBC’s $1.9 bln money-laundering bill is the biggest ever, but StanChart and ING have been forced to hand over a similar proportion of earnings. Legal expenses and tougher internal compliance add to the burden. Even if such giant fines are infrequent, the bar is now set high.

HSBC on Dec. 11 agreed to pay $1.92 billion to settle a multi-year U.S. criminal probe into money-laundering lapses at the British lender, the largest ever paid by a bank.
HSBC admitted to a breakdown of controls and apologised in a statement, announcing it had reached a deferred prosecution agreement with the U.S. Department of Justice.
“We accept responsibility for our past mistakes. We have said we are profoundly sorry for them, and we do so again. The HSBC of today is a fundamentally different organisation from the one that made those mistakes,” said Chief Executive Stuart Gulliver.
“Over the last two years, under new senior leadership, we have been taking concrete steps to put right what went wrong and to participate actively with government authorities in bringing to light and addressing these matters.”
The bank said it expected to also reach a settlement with the UK’s Financial Services Authority.
HSBC’s settlement also includes agreements or consent orders with the Manhattan district attorney, the Federal Reserve and three U.S. Treasury Department units: the Office of Foreign Assets Control, the Comptroller of the Currency and the Financial Crimes Enforcement Network.
On Dec. 10, Standard Chartered agreed to pay $327 million to settle claims that the emerging market bank had breached sanctions compliance rules between 2001 and 2007. The payment comes on top of a $340 million settlement with the New York Department of Financial Services.