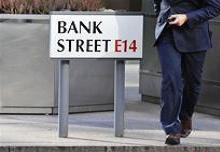 A Citi analyst settlement and a probe into an HSBC hedge fund leak aren’t about grey areas. The alleged transgressions break clear rules. As in a recent experiment reported by Nature, they betray bankers’ tendency to eschew what they should do for what they can get away with.

The U.S. Justice Department is investigating allegations that an employee of HSBC leaked confidential information on a client’s impending foreign-exchange transaction to a major hedge fund, the Wall Street Journal reported on Nov. 25, citing people with knowledge of the matter.

A unit of Citigroup must pay a $15 million fine for not adequately supervising communications among its equity research analysts, clients and the firm’s sales and trading staff, Wall Street’s industry-funded regulator FINRA said on Nov. 24.

According to the findings of a scientific study reported in the journal Nature last week, a banking culture that implicitly puts financial gain above all else fuels greed and dishonesty and makes bankers more likely to cheat.

Researchers in Switzerland studied bank workers and other professionals in experiments in which they won more money if they cheated, and found that bankers were more dishonest when they were made particularly aware of their professional role.

When bank employees were primed to think less about their profession and more about normal life, however, they were less inclined to dishonesty.