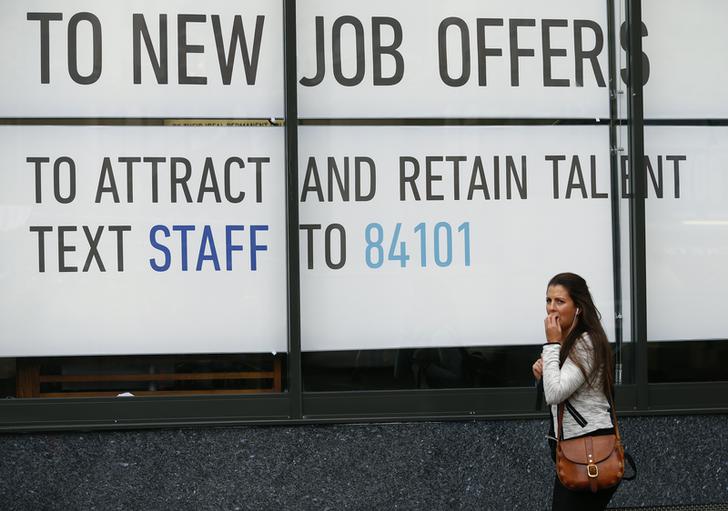 UK unemployment is coming down fast. Markets, relying on the Bank of England’s policy pronouncements in 2013, think that means UK interest rates will soon head up. But the central bank’s unemployment threshold is already looking passé. Interest rates could stay down for a surprisingly long time.

UK monetary policymaking is in a state of flux. Forward guidance entered only in August. Investors have been paying close attention. But, while the latest three-month unemployment rate of 7.1 percent is just 0.1 percentage point above the BoE’s trigger for thinking about interest-rate increases, the central bank’s Monetary Policy Committee looks far from trigger-happy.

The minutes of the MPC’s January meeting, released on Wednesday, conclude that the risk of inflation being above 2.5 percent in a year or two is not rising but “reduced.” Last year’s 0.7 percent growth in average earnings is extraordinarily low, the government is tightening up on jobless benefits and many part-time workers are willing to take lower wages in full-time jobs.

The central bank’s turn away from its unemployment guidance may be embarrassing, but it’s understandable. For now, the link between falling unemployment and rising wages looks broken. UK wages have been rising at less than half the pace of inflation. Consumer boom and serious inflationary pressure are not in sight.

On the contrary, inflation could easily drop below the bank’s 2 percent target in coming months. Oil and commodity prices are easing. And sterling bullishness is itself disinflationary. The pound’s 7.5 percent rise against the dollar in the past six months makes fuel and other imports cheaper, alleviating one of the biggest sources of UK inflation.

It’s necessary to read between the Bank of England’s dovish lines. There is an overriding desire to get the UK up towards the safe “escape velocity” of steady GDP growth, as BoE Governor Mark Carney put it. Markets are now pricing in the first interest-rate rise at the end this year. That looks too soon.

But higher wages and inflation will eventually return. The MPC will have to be careful that its search for escape velocity doesn’t let inflation itself escape.

A woman walks past a recruitment agency in central London September 11, 2013.

The UK unemployment rate dropped to 7.1 percent in the three months to November, a fraction above the 7 percent level which the Bank of England has said is its threshold for thinking about raising interest rates from their current all-time low of 0.5 percent.

Minutes of the bank’s Monetary Policy Committee meeting, also released on Jan. 22, said that committee members “saw no immediate need to raise Bank rate even if the 7 percent unemployment threshold were to be reached in the near future.”