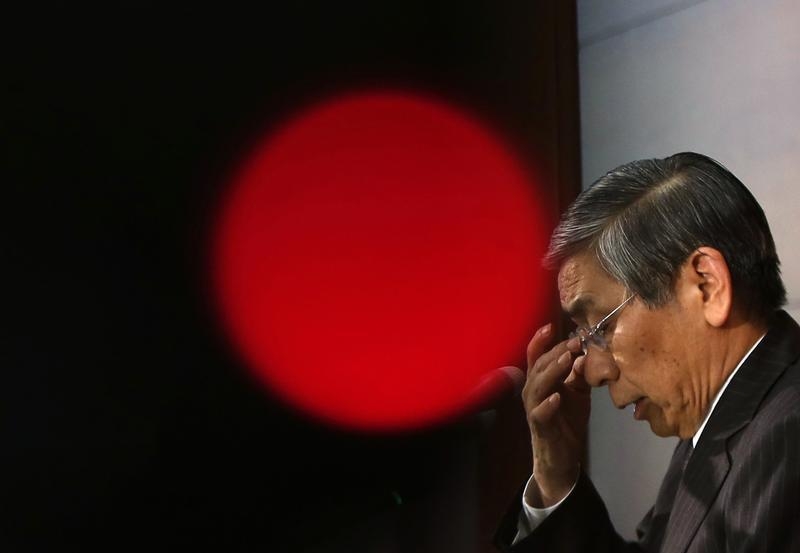 Bond yields and the yen rose after Reuters reported the central bank was debating whether to scale back monetary stimulus. The move would be good for bank investors. But the scale of the market reaction and economic reality will make it hard for Governor Haruhiko Kuroda to act.

The yen rose to its strongest in two weeks against the dollar on July 23 while the yield on the benchmark Japanese 10-year government bond yield hit a six-month high of 0.09 percent. The moves came after Reuters reported on July 20 that the Bank of Japan was considering modifying monetary policy.

The Bank of Japan is in unusually active discussions before this month's policy decision, with changes to its interest-rate targets and stock-buying techniques under consideration, Reuters reported on July 20, citing people familiar with the central bank's thinking.

The Japanese central bank offered to buy an unlimited amount of five- to 10-year Japanese government bonds on June 23, pledging to buy 10-year JGBs at yield of 0.110 percent, the same level at which it intervened in the past.