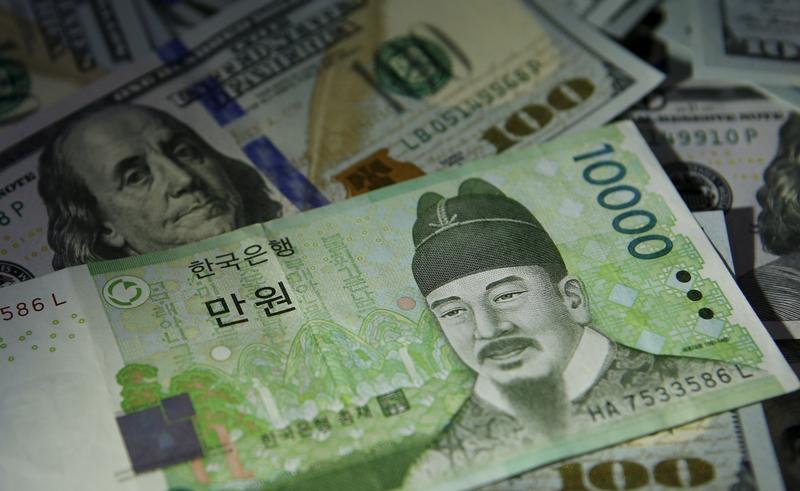 Seoul’s first increase in benchmark borrowing costs for more than six years is a prudent step toward normalising monetary policy, given signs of economic strength. But crushing consumer debt and a housing slowdown mean the central bank must tread carefully.

South Korean 10,000 won note is seen on U.S. 100 dollar notes in this picture illustration taken in Seoul, South Korea, December 15, 2015. As investors brace for this week's historic U.S. interest rate decision, central banks in Asia's emerging markets will be standing by a quarter of a trillion dollars in emergency liquidity lines with China and Japan to prevent routs in their currencies. REUTERS/Kim Hong-Ji - GF10000266106

The Bank of Korea raised its benchmark interest rate on Nov. 30 by 25 basis points to 1.5 percent, ending a five-year easing cycle. The bank last raised interest rates in June 2011, to 3.25 percent.

On Aug. 2, President Moon Jae-in’s administration took steps to calm an overheating housing market, including higher taxes and curbs on speculation. On Oct. 21, the BOK said in a report: “The upward trend is expected to slow next year because construction companies will expand supply, the major economies are set to raise interest rates and the government is showing strong willingness to stabilize the housing market.”