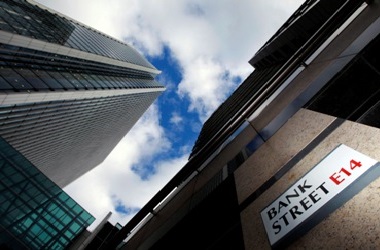 European banks could have done without one of their own regulators under-reporting their capital levels. But the European Banking Authority did just that on Nov. 24, hastily updating its data the following day after national watchdogs and banks pointed out the mistake. Such confusion is at best unhelpful, and may deter investment just as the region’s financial institutions are finally doing more to deserve it.

The blunder concerned the most important indicator of bank capital. It had calculated the average fully-loaded common equity Tier 1 ratio of the 105 banks in its sample as 11.8 percent as of June 30. In reality, it was 12 percent. That affected certain countries’ banks more than others: the worst hit were Spain, where said ratio rose from 9 percent to 10 percent, and Hungary, which saw a climb from 11.8 percent to 13.2 percent.

Mistakes are excusable, and the EBA published a huge amount of data as part of this so-called transparency exercise. But its limited, technocratic remit makes this especially galling. The EBA’s role is to publish data on the European banking sector and to ensure that relevant rules are properly applied. Nor is it the first time that it has fluffed its lines: on Nov. 5 it mistakenly named Credit Agricole’s publicly-traded arm in a list of European banks facing 2016 stress tests, rather than the group as a whole.

European lenders ought to be pleased that their capital levels in aggregate are actually higher than the EBA originally implied. The market may start to be more confident about the banking sector’s prospects. It would be a shame to see that undermined by those who regulate it.

A sign for Bank Street and high rise offices are pictured in the financial district Canary Wharf in London in this October 21 2010 file photo. REUTERS/Luke Macgregor/Files

The European Banking Authority first withdrew and later amended data on the health of the region’s banks on Nov. 25, the day after it published a report showing lenders had increased capital, returns on equity and lending in the six months to the end of June.

The EBA said that banks representing more than two-thirds of the region’s total assets increased their common equity Tier 1 ratios on average from 11.4 percent to 12 percent over that time period.