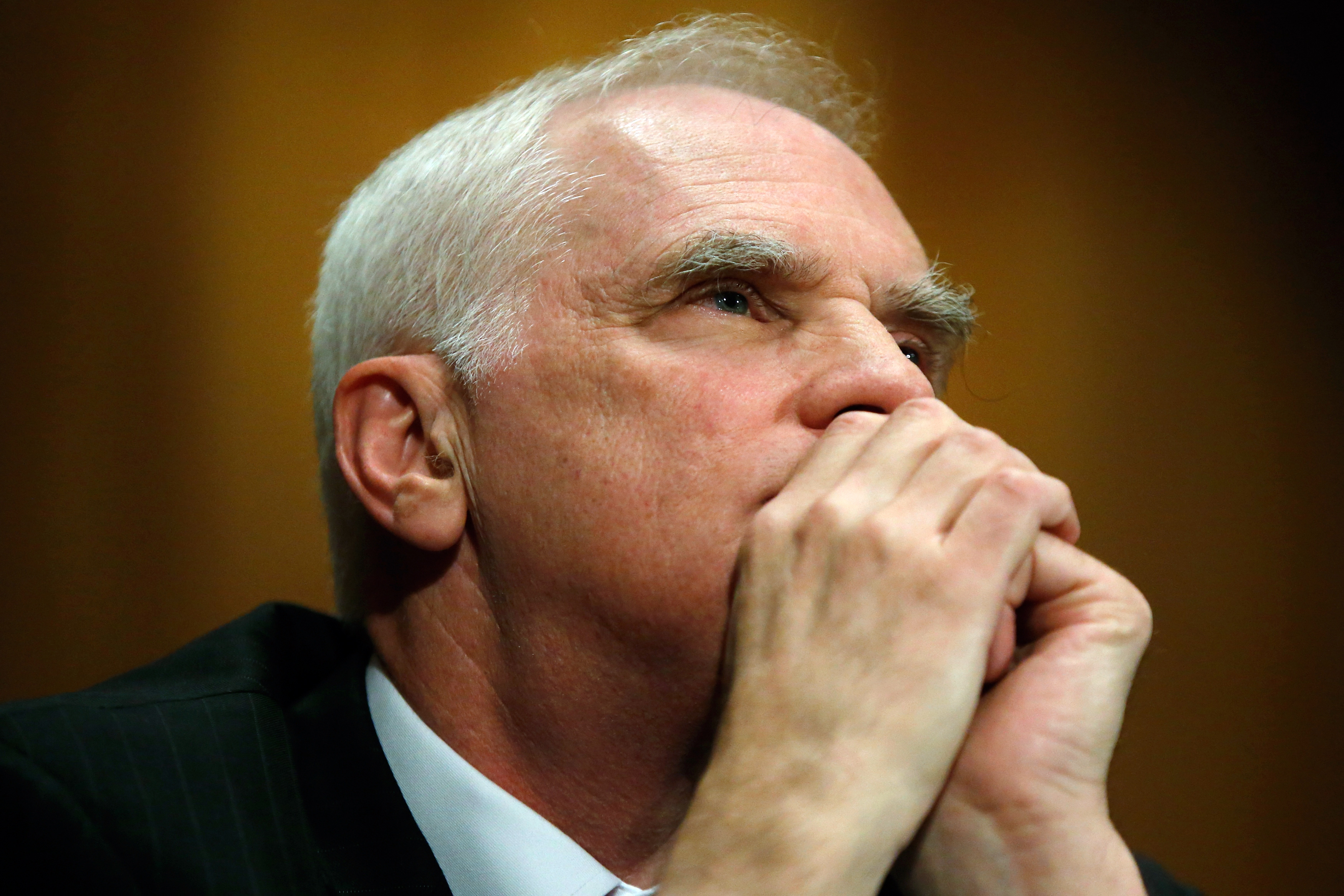 The largest U.S. lenders are just getting the hang of the Fed’s annual exam. Now regulators are changing the game by adding a capital surcharge to future tests. It will take time to figure out how to pass the new standard. That means further uncertainty for banks and investors.

U.S. Federal Reserve Board member Daniel Tarullo listens to questions from senators during his testimony about Wall Street reform before a Senate Banking Committee hearing on Capitol Hill in Washington September 9, 2014.

Two Federal Reserve governors said on June 2 that the eight largest U.S. banks will face a higher capital requirement in future stress tests in the form of a surcharge for global systemically important banks, or GSIBs.

Governor Dan Tarullo told Bloomberg TV that incorporating the GSIB surcharge in the annual examinations is necessary to improve their resiliency. Governor Jerome Powell said at a banking conference there will be offsets so that the tests won’t incorporate the full surcharge, but the capital needed will be significant. The new standard may not be finalized until 2018.

In July 2015, the Fed finalized the GSIB surcharge rule that requires the biggest banks to hold additional capital equal to 1 percent to 4.5 percent of their risk-weighted assets. For JPMorgan, which faces the largest charge, regulators at the time estimated the bank faced a shortfall of $12.5 billion.

Thirty-three banks with assets of at least $50 billion are part of this year’s stress tests, more formally known as the comprehensive capital analysis and review or CCAR. The exams assess the banks’ capital cushion in a stress scenario, and the results determine whether a firm can pay additional dividends or buy back stock. The Fed will announce the results by the end of June.