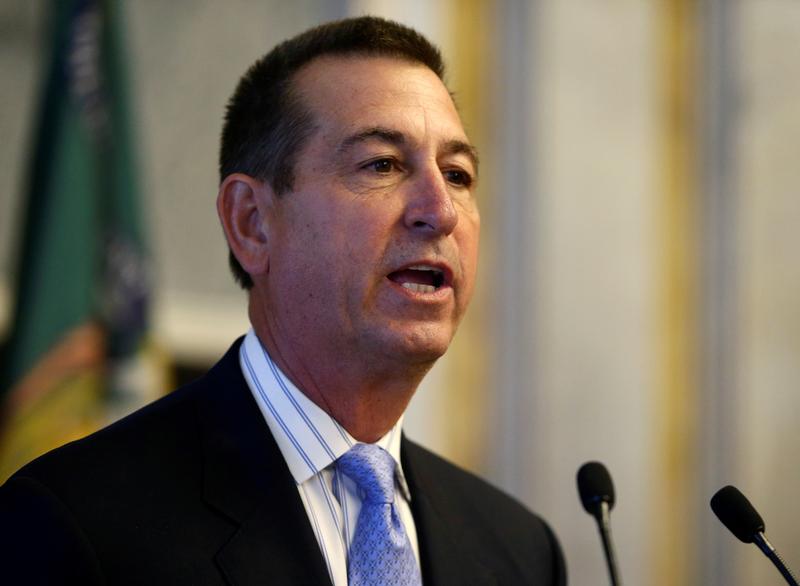 The outgoing OCC head revamped community lending rules without first getting fellow U.S. regulators on board. Despite good intentions, that’s not how glacial bank reform usually works. Lenders are now grappling with inconsistent rules. The mess will be left for others to resolve.

Joseph M. Otting speaks after being sworn in as Comptroller of the Currency in Washington, U.S., November 27, 2017.

Joseph Otting, head of the U.S. Office of the Comptroller of the Currency, said on May 21 that he will step down from his post on May 29. OCC First Deputy and Chief Operating Officer Brian Brooks will become acting comptroller.

The OCC, an independent bureau of the U.S. Treasury, oversees all national banks and federal branches of foreign lenders.

Otting was tapped for his government role by U.S. Treasury Secretary Steven Mnuchin, who previously led a group of investors to acquire failed IndyMac bank in 2009. It was renamed OneWest Bank and Otting was chief executive from 2010 to 2015.