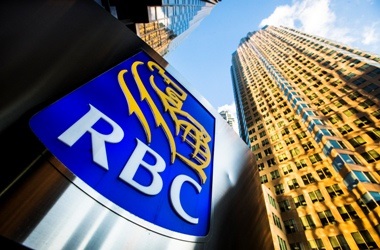 Bankers were tossed some crumbs in a nasty conflict of interest case. The Delaware Supreme Court lambasted RBC Capital Markets on Monday in an opinion that upheld a $76 million penalty against the firm for working both sides of a deal. In a footnote, however, the tribunal toned down a lower court’s notion that advisers must save boards from themselves.

This ruling has been eagerly awaited on Wall Street because of the example it possibly would set. RBC advised ambulance operator Rural/Metro on its $440 million sale in 2011 while also maneuvering to finance the buyer, private-equity firm Warburg Pincus. The bank didn’t disclose the conflict, and a judge concluded last year that the prospect of loan and advisory fees and business from rival ambulance companies led RBC to push a lowball offer.

Sticking the bankers with almost the entire shortfall was unusual, if not unprecedented. The judge explained that they had aided and abetted the directors’ breach of their duty to get shareholders the best deal possible. What’s more, he suggested in passing that financial advisers were “gatekeepers,” responsible for ensuring boards don’t cut bad bargains.

The aiding and abetting language was trouble enough, encouraging investors to sue bankers for even the slightest conflicts. Bank of America Merrill Lynch, for example, had to defend its representation of Zale in the jewelry chain’s $1.4 billion sale to Signet Jewelers after first pitching the latter company on the deal. A judge tossed the case earlier this month.

The gatekeeper notion, however, rattled bankers, prompting the Supreme Court to include a reassuring footnote in its opinion. It’s up to boards to define a financial adviser’s role, the court explained, and that role is merely to assist directors in performing their “oversight function.” Anything more might make an adviser liable for not stopping directors from their own wrongdoing.

Those few words may be cold comfort after a detailed 107-page opinion that reads like a meticulous primer on banker misconduct. They are nevertheless a reminder that the buck still stops in the boardroom.

The Delaware Supreme Court on Nov. 30 upheld a 2014 ruling that found RBC Capital Markets liable for failing to disclose conflicts of interest that tainted a $438 million buyout of ambulance operator Rural/Metro by an affiliate of private equity firm Warburg Pincus.

RBC, an affiliate of the Royal Bank of Canada, was ordered to pay $76 million to Rural/Metro shareholders. The board of Rural/Metro settled a lawsuit over the buyout for $6.6 million.

RBC never disclosed that, while advising the ambulance operator, it was also trying to win the more lucrative role of providing financing to Warburg.