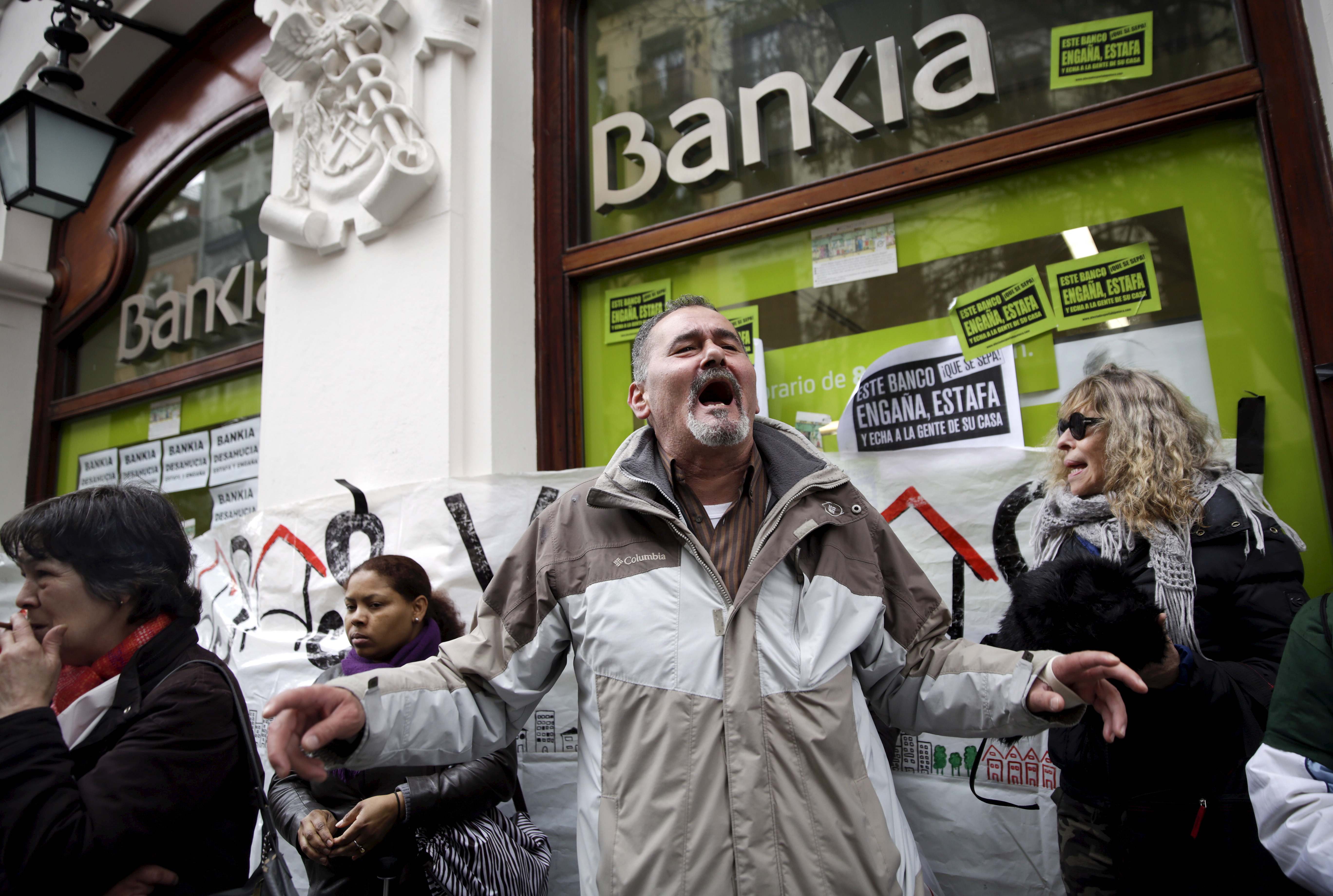 The bailed-out Spanish lender is refunding all retail investors at a cost of 1.8 bln euros. Bankia had already set aside the funds, but the debacle shows why selling state-held banks to unsuspecting punters is a recipe for disaster. Lloyds Banking Group should take note.

Anti-eviction activists shout slogans in front of a Bankia bank branch during a protest against evictions in Madrid, Spain, February 11, 2016

Spain’s Bankia said it would compensate thousands of retail investors for their losses in the 2011 flotation of the bailed-out lender. The bank, which is 64 percent state-owned, received a 22.4 billion euro bailout in 2012.

Bankia said it had already provisioned 1.8 billion euros last year, enough to cover all the estimated costs of compensating retail shareholders. These investors will receive the value of their original investment and 1 percent annual interest since the IPO.

Bankia said it took the step after Spain’s Supreme Court on Jan. 27 upheld two regional court decisions where judges ordered the bank to refund the value of their shares. The court, which said Bankia’s prospectus for its public stock offering in 2011 had contained serious inaccuracies, rejected the lender’s request to delay the lawsuits until Spain’s High Court had determined the outcome of a separate criminal case against Rodrigo Rato, the former head of Bankia, and other executives accused of misleading investors.