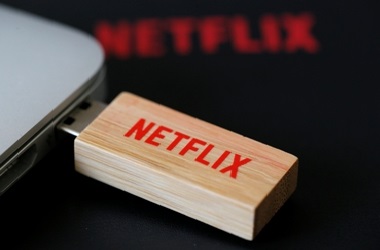 Banks don’t often have much in common with big media. But they’re both waking up to the fact they are leaving something on the table with online aggregation. An array of websites and apps allow consumers to see multiple financial accounts in one place. Bank of America is the latest lender to cry foul. Similarly, video-streaming sites like Netflix bundle TV programs and movies, and media companies are showing more hate than love.

BofA is joining its peers JPMorgan and Wells Fargo by restricting the flow of information to upstarts such as Mint.com and Quicken, at least from time to time. One reason they talk about is security. It’s not safe, they contend, for a person to share her password with a third party, potentially giving hackers another doorway to her account. That’s a reasonable concern, but consumers surely still want to view their accounts together – so banks need to find a way to allow aggregation to be secure, not prevent it.

Perhaps the broader concern for banks is that they have ceded ground to tech-savvy companies that have tapped into consumers’ desire to manage multiple accounts and credit cards. The Wall Street Journal, which has reported on the banks’ wariness, cited figures from Dow Jones Venture Source showing that more than $650 million has been raised so far this year by consumer banking and retail investing startups, a high since 2000.

Media companies, too, have woken up recently to the growing power of video-streaming services, especially Netflix. Executives from Twenty-First Century Fox and Time Warner have said they plan to withhold the rights for TV shows and movies for longer periods. More people, especially Americans, have been dumping pricey cable subscriptions – which in turn pay handsome dividends to media companies – in favor of cheaper online options. Netflix, with a market value of $47 billion, has amassed more than 70 million subscribers worldwide.

Though Netflix is only one outlet, the bigger aggregators get, the more market clout they will wield. Big banks and big media may have come to this realization too late. Once consumers get a taste for online convenience, it’s hard to force them to go back.

Bank of America is the latest firm to start restricting information used by websites and apps such as Mint.com and Quicken that aggregate consumer financial data, the Wall Street Journal reported on Nov. 10.

Other banks, including JPMorgan and Wells Fargo, have also restricted financial information to services that help people look at multiple accounts in one place. One concern of banks is the security of customers’ account information.

Media companies Twenty-First Century Fox and Time Warner have signaled they may withhold some content longer from video-streaming services such as Netflix.