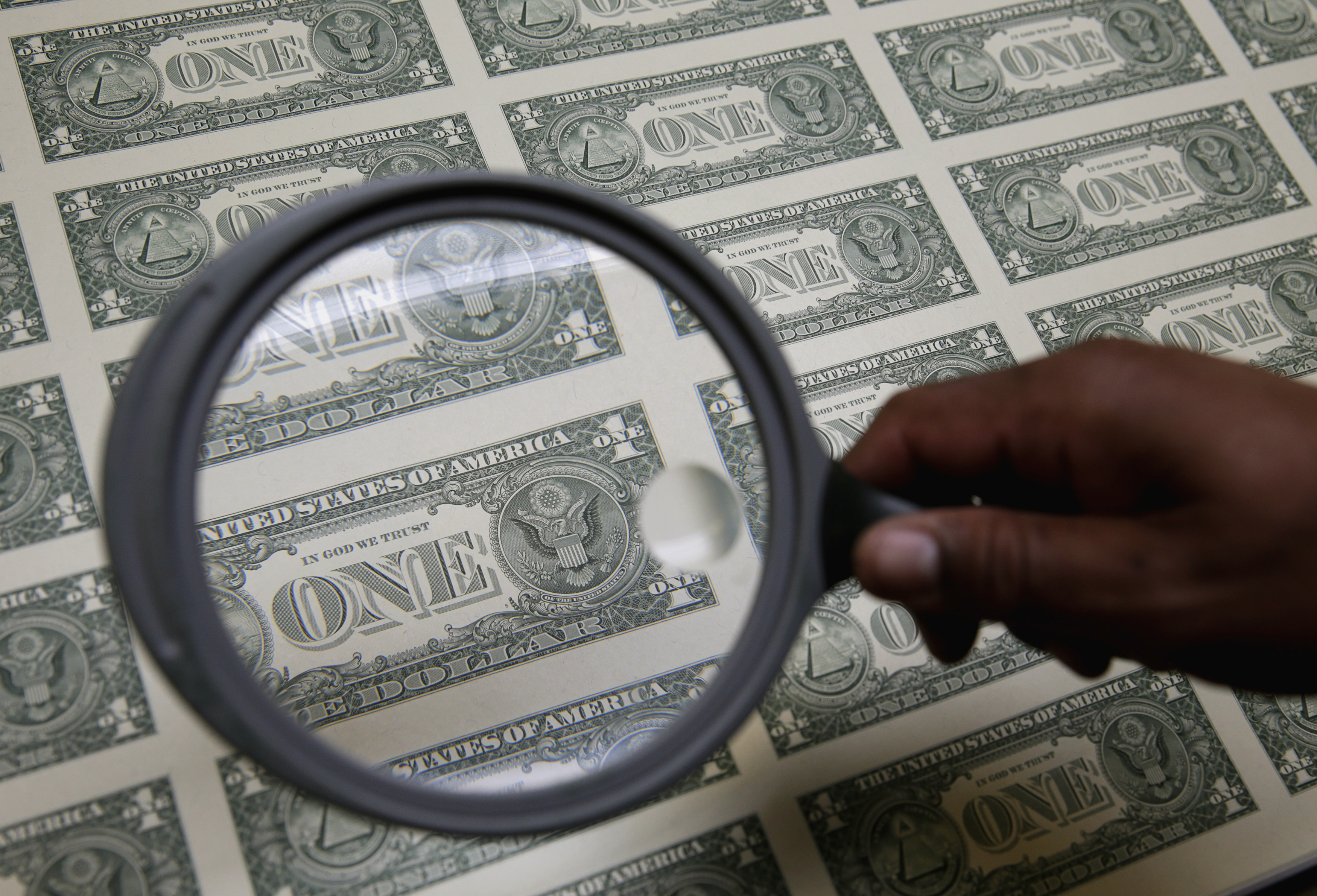 ING faces probes over links to a years-old graft case in central Asia, while UK lenders face questions over illicit Russian funds. The common theme is the difficulty of compliance in a world of faceless shell companies. The key is for banks to lobby harder for transparency.

United States one dollar bills are inspected under a magnifying glass during production at the Bureau of Engraving and Printing in Washington November 14, 2014.

ING is the subject of criminal investigations by Dutch authorities and has received demands for information from U.S. authorities relating to possible money laundering and corruption breaches, according to the Netherlands-based lender's annual report, published on March 22.

UK banks processed nearly $740 million between 2010 and 2014 from a money-laundering operation run by Russian criminals, the Guardian reported on March 21.

Those banks all told Breakingviews that they had controls and systems in place to combat financial crime in line with regulations.