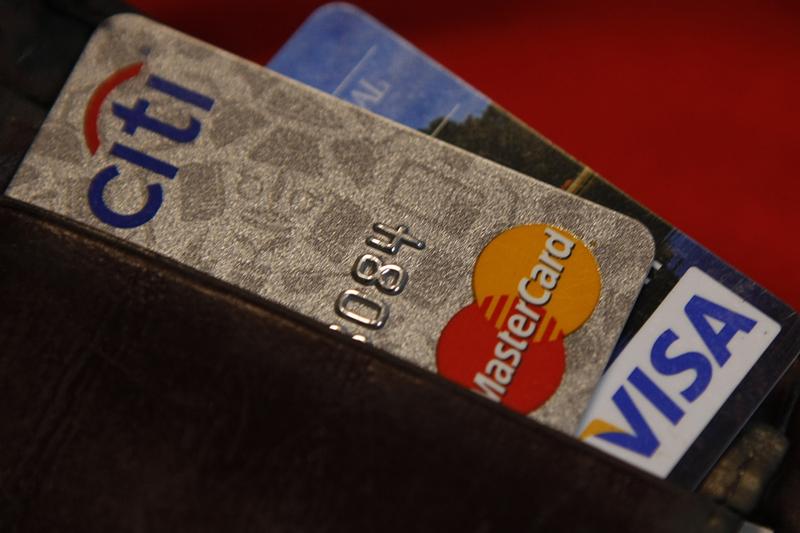 U.S. credit cards have delivered years of high returns and low delinquencies. JPMorgan is the biggest issuer; at Citi cards make up one-quarter of revenue. Now lenders are preparing for losses, and consumers aren’t spending. Covid-19 is taking the shine off a nice earner.

Credit cards are pictured in a wallet in Washington, February 21, 2010.

Citigroup on April 15 reported $2.5 billion of earnings for the first quarter, 46% less than a year earlier, as it took a charge for expected losses caused by the new coronavirus pandemic. Its earnings per diluted share of $1.05 compared with $1.87 a year earlier. Analysts had expected earnings per share of 83 cents, according to Refinitiv.

Bank of America on the same day reported first-quarter net income attributable to common shareholders of $3.5 billion, down by roughly half from the same period in 2019. Earnings per share were 40 cents, compared with a consensus estimate of 48 cents a share, according to Refinitiv. The bank's revenue for the period was $22.8 billion, and its annualized return on common equity was 5.9%.

Citi took a $7 billion hit for credit losses and provisions compared with $2 billion a year earlier, and BofA took a $4.8 billion provision versus $1 billion in the first quarter of 2019. A day earlier, JPMorgan and Wells Fargo also took large charges.

Bank of America said it was helping customers defer payments during the crisis and that 80% of deferral requests related to credit cards. It said that 3% of credit-card accounts and 5% of balances had deferrals in place.