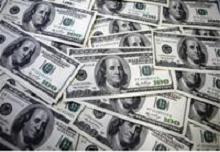 The banking industry’s dress rehearsal for tapering by the Federal Reserve has given emerging markets hope.

Fears that the U.S. central bank could start unwinding its money-printing programme began to roil emerging markets in May. But by the end of June, foreign bank lending to all developing countries had fallen by just 2 percent from a record-high $5 trillion at the end of March, according to the latest data from the Bank for International Settlements. Strip out the decline in lending to Brazil, Russia, India and Mexico (BRIM), which suffered falls of between 5 and 11 percent, and emerging market loans actually rose.

Banks’ measured response stands in stark contrast to the jitters shown by fund managers. Three-fifths of the money that flowed into developing countries’ bond markets between September 2012 and April 2013 has flowed out again since, according to HSBC.

It would be a mistake to read too much into three months of data: banks don’t adjust their lending as quickly as the capital markets. Nevertheless, another interpretation is that concerns about Fed-inspired funding crunch are overdone. If the Bank of Japan expands the size of its yen-printing programme in 2014, that could ease some of the funding shortfall in emerging markets. European lenders, too, could help by boosting emerging-market loans after passing their central bank’s asset-quality test.

It’s crucial for emerging markets that lenders keep their faith. Loans to developing nations are on average three times as large as foreign investment in bond markets. Lending to China has tripled since early 2009, and more than doubled in Colombia, Nigeria, Thailand and Indonesia.

Yet these countries may be less vulnerable than in the past. About 60 percent of global banks’ loans to emerging markets are in foreign currency, down from 80 percent before the 1997 Asian crisis. That makes overseas bank financing less vulnerable to exchange rate movements, which challenges the conventional wisdom that bigger bond markets will help avoid future credit crunches. Maybe depending on well-regulated, adequately capitalized banks isn’t such a terrible idea after all. Or at least that’s the message from an incomplete dress rehearsal.

US 100 dollar notes are seen at a bank in this picture illustration in Seoul September 20 2011.

Foreign bank lending to all developing countries was $4.9 trillion at the end of June, down 2 percent from three months earlier, according to Bank for International Settlements’ (BIS) December 2013 quarterly review.

Overseas lenders and their local affiliates cut credit to Russia and India by 6 percent, while Brazil and Mexico saw declines of 11 and 5 percent, respectively. Global banks’ exposure to emerging markets has risen 41 percent since March 2009, with a tripling of credit to China, followed by large increases in Colombia, Nigeria, Thailand, Indonesia, and Bangladesh, BIS data show.