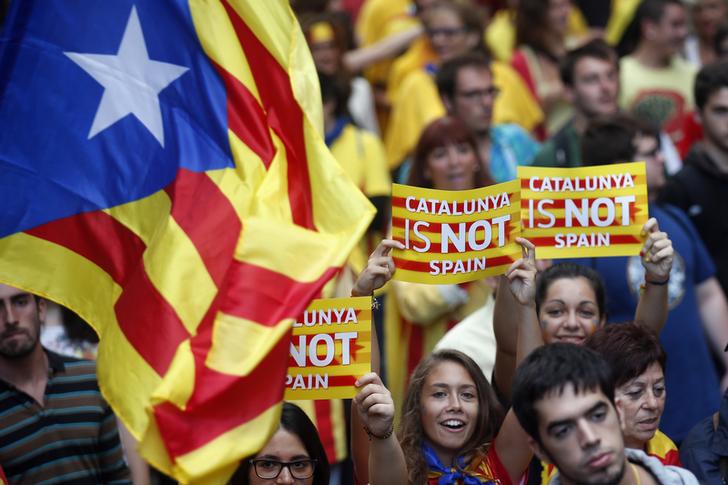 Montreal and Barcelona have a lot in common. They are both world-class cosmopolitan cities with a flair for the arts. They are both the largest cities in similarly sized regions, Quebec and Catalonia. Barcelona is at risk of having something else in common with the Canadian city: the “Montreal effect”.

The term, which gained currency prior to Scotland’s independence vote last year, refers to Montreal’s relative economic decline after the rise of the separatist party Parti Quebecois in the 1970s. There isn’t any clear evidence that Catalonia’s own independence movement has hurt business, but the possibility should be a concern for the region’s leaders.

A defining moment for Montreal came in 1977, when the Bank of Montreal relocated its operational headquarters to Toronto, cementing the latter city’s dominance in financial services. Professor Joe Martin of Rotman School of Management points out that the financial shift to Toronto was well under way, but gathered pace after French was made the official provincial language in government, large companies and schools. Around 300,000 people left between 1976 and 1981, many of them highly educated and entrepreneurial.

An independence referendum was defeated in 1995. However, the exodus continued. Between 1999 and 2012, Montreal lost nearly 30 percent of its head offices, the Institut du Québec estimates, due to an economic shift to western Canada. Average annual GDP per capita growth in Montreal lagged the Canadian average between 1987 and 2013.

Barcelona is in a much stronger position. A referendum is not on the table, and the Spanish constitution does not allow a region to break away. Also, language is not a deterrent to doing business – the chief executive of Caixabank, the Barcelona-based lender, is not a native Catalan speaker. Most of Spain’s big businesses are already based in Madrid.

However, the Catalan parliament has kicked off the process to eventual secession and Spain’s two main banking associations, which include Caixbank and Sabadell, in September warned that lenders could reconsider their establishment in the region if it were shut out of the euro zone.

Even without dramatic departures, Catalonia’s relationship with the rest of Spain, its largest trade partner, could erode. Investors are likely to put investment decisions on standby. Montreal has shown that nationalist sentiment can be expensive.