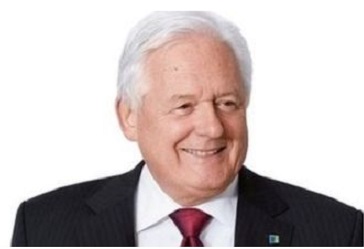 John McFarlane has a dream. Barclays’ executive chairman envisages a utopia in which banks like his don’t pay annual bonuses, leaving traders in particular less reason to take outsized risks. The problem: banks don’t collectively want to make this dream-world a reality. Regulators still could, though.

Banks have long argued that restrictions on bonuses would leave them less able to manage costs, thus exposing the financial system to greater vulnerability. It’s a flawed argument. Banks have seldom cut variable compensation enough to make a real difference. And it hinges on the undesirable implication that some banks will always be too big to fail.

McFarlane, who was speaking on the sidelines of a conference on Oct. 22, is right on two counts. First, big cash payments delivered every 12 months warp behaviour. It can often take far longer for banks to judge whether profits are real or merely illusory. Structured derivatives, in particular, can have lengthy maturities, while recent U.S. credit cycles have lasted an average of nine years, according to Schroders.

Second, Barclays can’t scrap them if rivals don’t – or unless regulators force them to. The Bank of England broadly gets this. Its new rules are convoluted, but basically make banks defer at least 60 percent of annual bonuses of over 500,000 pounds ($770,000), in some cases for seven years. And they can be cancelled or even clawed back.

The European Union’s cap on bonuses is clumsier, but also has the consequence of restricting how much cash bank employees can receive in a given year. The United States is well behind on the reform front. Its banks as yet face minimal restrictions, though some, like Morgan Stanley, have already implemented their own deferral policies.

No regulators are yet going quite as far as McFarlane suggests. And banks look unlikely to team up and take matters into their own hands. The best hope is that regulators, who have more incentive to collaborate than compete, get together and channel McFarlane. The Barclays chairman might then see his wish fulfilled.

In comments made to reporters at the British Bankers’ Association, reported by the Financial Times and the Telegraph, McFarlane said in an ideal world he would like to see the current situation abolished and replaced with a longer-term system.

“I used to run the markets side of various institutions and I was never paid anything close to anything people get paid in these areas now… I would reward people at the end, you know the results sometimes three or five years down the road,” the Telegraph quoted him as saying.